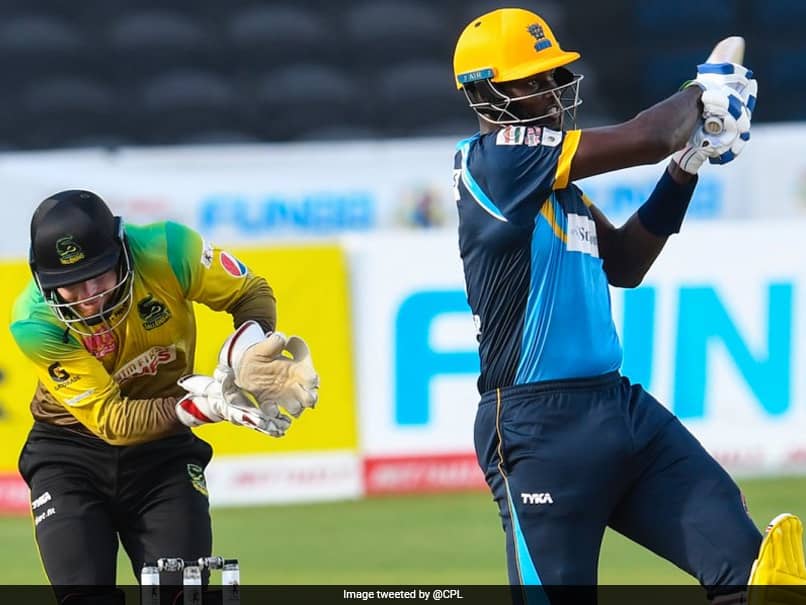 Skipper Jason Holder played a knock of 69 runs as Barbados Tridents defeated Jamaica Tallawahs by seven wickets on Saturday, September 5 at the Brian Lara Cricket Stadium. This win can be considered as consolation for Tridents as the side was already knocked out from the semi-finals race in Caribbean Premier League (CPL) 2020. Chasing 162, Tridents got off to a bad start as the side lost its opening two wickets of Johnson Charles (0) and Shamarh Brooks (5) with just 17 runs on the board.

Jonathan Carter and Jason Holder then got together at the crease and put on 90 runs for the third wicket, which saw Holder registering nine fours and three sixes.

Tallawahs finally got the breakthrough in the 13th over as Sandeep Lamichhane dismissed Holder (69), but in the end, Carter and Mitchell Santner took Tridents over the line by seven wickets and with eight balls to spare.

Carter and Santner remained unbeaten on 42 and 35 respectively.

Earlier, Jermaine Blackwood and Andre Russell''s knocks of 74 and 54 respectively guided Tallawahs to 161/4 in the allotted twenty overs.

Opting to bat first, Tallawahs got off to a good start as openers Jermaine Blackwood and Glenn Phillips put on 51 runs for the first wicket.

The spinners of Tridents then got among the action and they were able to maintain a stranglehold over the Tallahwahs.

In the end, Andre Rusell played a knock of 54 runs from just 28 balls with the help of four boundaries and five sixes to take Tallahwahs' score past the 160-run mark.

Andre Russell Cricket
Get the latest updates on India vs Australia Series, check out the India vs Australia Schedule for 2020-21 and Ind vs Aus live score . Like us on Facebook or follow us on Twitter for more sports updates. You can also download the NDTV Cricket app for Android or iOS.