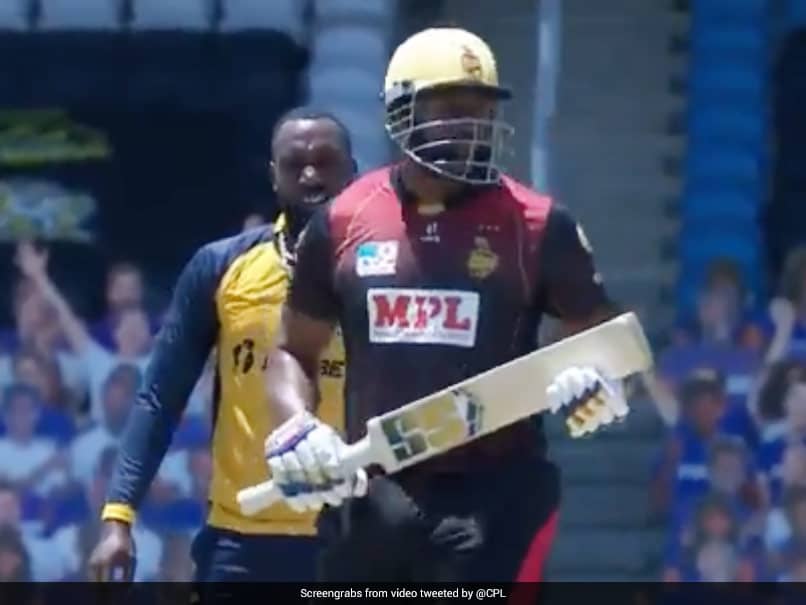 Skipper Kieron Pollard all-round performance and batsman Darren Bravo's fifty guided Trinbago Knight Riders to ninth straight win in the ongoing Caribbean Premier League (CPL) on Saturday. Knight Riders defeated St Lucia Zouks by 23 runs at Brian Lara Stadium. Zouks won the toss and asked Knight Riders to bat first. The side had a bad start as the opening batsman Lendl Simmons (8) was caught behind the stumps off Scott Kuggeleijn in the third over. Tim Seifert joined Tion Webster in the middle and built a 43-run stand for the second wicket.

The latter was bowled by Zahir Khan in the seventh over after scoring 20 runs.

Seifert and Darren Bravo then had a 38-run stand for the third wicket. Zouks skipper Daren Sammy bagged the much-needed wicket for the side. Sammy bagged Seifert (30) in the 13th over and broke the partnership.

Pollard then joined Bravo in the middle and stitched a quickfire stand of 67 runs off 37 balls. Pollard smashed 42 runs off 21 balls including three sixes and three fours. He was sent back to the pavilion by Kuggeleijn in the 19th over.

Bravo scored 50 off 42 balls studded with three sixes and one four. He was dismissed by Kesrick Williams on the final ball of the innings. Dwayne Bravo remained unbeaten of 5* as the side posted 175/5 in their allotted 20 overs.

Andre Fletcher and Deyal then accumulated 59-run for the second wicket. Pollard bagged Deyal (40) and provided the essential breakthrough for his side.

Mohammad Nabi and Fletcher then added 19-run for the third wicket before the latter was sent back to the pavilion by Pollard in the 14th over.

Fletcher played a knock of 42 runs off 27 balls including three sixes and one four. Zouks then lost two quick wickets as Nabi (17) and Najibullah Zadran (12) were reduced by Pollard and Dwayne Bravo respectively.

Daren Sammy and Scott Kuggeleijn had a brief stand of 24-run for the sixth wicket before they both were dismissed in the last over by Jayden Seales. Sammy added 14 runs while Kuggeleijn played a knock of 9 runs.

Roston Chase and Leniko Boucher remained unbeaten on 1* and 0* respectively. Zouks were only able to score 152/7 in their allotted 20 overs.

For Knight Riders, Pollard bagged three scalps while Bravo and Seales clinched two wickets each. Pollard was awarded the Player of the Match.

Kieron Pollard Cricket
Get the latest updates on India vs Australia Series, check out the India vs Australia Schedule for 2020-21 and Ind vs Aus live score . Like us on Facebook or follow us on Twitter for more sports updates. You can also download the NDTV Cricket app for Android or iOS.