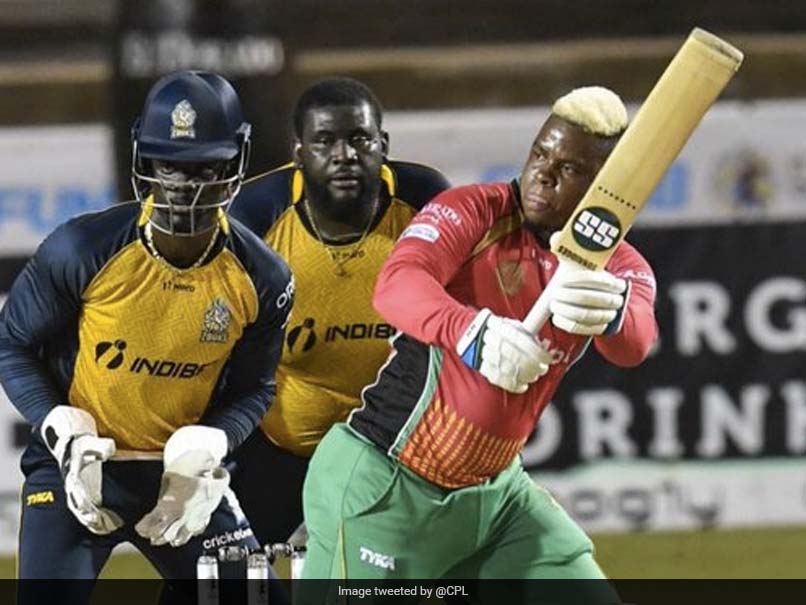 Trinbago Knight Riders and Guyana Amazon Warriors emerged triumphant in their respective matches in the ongoing Caribbean Premier League (CPL) on Wednesday (local time). Trinbago Knight Riders defeated St Kitts and Nevis Patriots by 59 runs while Guyana Amazon Warriors outclassed St Lucia Zouks by seven wickets here at the Brian Lara Cricket Stadium. Trinbago is at the top of the CPL standings with 16 points from eight matches, while Guyana is at second place with 10 points from 9 matches.

St Lucia is in the third place, while St Kitts is languishing at the bottom place.

In the match between Warriors and Zouks, the latter batted first and managed to put up a below-par score of 109/7.

Javelle Glenn top-scored for Zouks as he played an unbeaten knock of 23 while for Warriors, Naveen-ul-Haq and Keemo Paul scalped two wickets each.

Warriors then chased down the target with 37 balls to spare and seven wickets in hand.

Shimron Hetmyer played an unbeaten knock of 56 as Warriors registered a win by seven wickets.

On the other hand, in the match between Trinbago and Patriots, the former batted first and scored 174/4 in the allotted twenty overs as Lendl Simmons played an unbeaten knock of 96 runs.

Sikander Raza then took three wickets for Trinbago as the side comfortably defended the total to register a win by 59 runs.

Trinbago has now registered wins in all their eight matches so far in the CPL.

St Lucia Zouks Cricket
Get the latest updates on SA vs IND 2021-22, check out the Schedule and Live Score . Like us on Facebook or follow us on Twitter for more sports updates. You can also download the NDTV Cricket app for Android or iOS.