New Zealand all-rounder Corey Anderson injured his back during his side's 124-run first-Test loss at Lord's. BJ Watling injured his knee at Lord's. 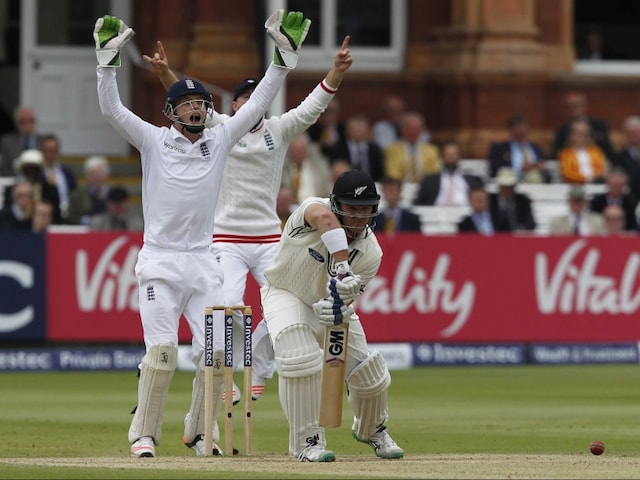 New Zealand will be without injured all-rounder Corey Anderson when they seek to square the Test cricket series against England at Headingley.

Anderson didn't take part in the team's final training session ahead of second and final Test starting on Friday and a team spokesman confirmed that he would not play in the five-day contest, reports cricket.com.au.

The 24-year-old injured his back early in the 124-run first-Test loss at Lord's and bowled just eight overs in the match. He was also in pain in the field but was able to top-score with 67 in New Zealand's failed second innings run chase of 220.

Anderson's place is likely to be taken by fast bowler Doug Bracewell, bolstering the tourists' bowling stocks but weakening their batting potency. (Cook on Verge of England Record)

A second change is also possible, with wicketkeeper B.J. Watling in doubt because of the bruised knee suffered in the first Test at Lord's which forced him to forgo 'keeping duties for the last four days.

His movement is still compromised, possibly opening the door to a Test debut for 34-year-old glovesman Luke Ronchi although a decision would not be made until the morning of the Test. (England Hope Centurion Ben Stokes Repeat Lord's Test Performance at Headingley)

England need only a draw to clinch the two-match Test series and end New Zealand's run of six successive unbeaten series over the last two years.

Comments
Topics mentioned in this article
New Zealand Cricket Team England Cricket Team Corey Anderson Bradley Watling Cricket
Get the latest Cricket news, check out the India cricket schedule, Cricket live score . Like us on Facebook or follow us on Twitter for more sports updates. You can also download the NDTV Cricket app for Android or iOS.