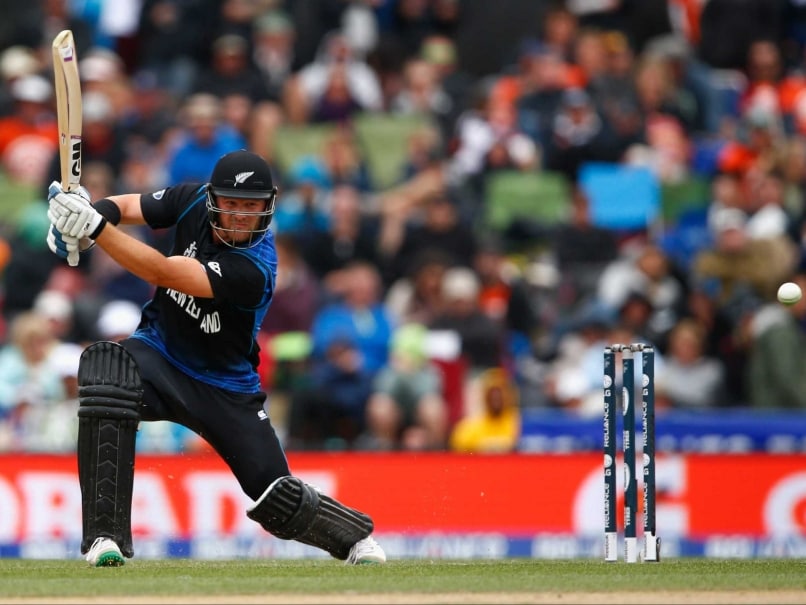 New Zealand on Monday recalled temperamental allrounder Corey Anderson for the five-match ODI series against India next month and he will play as a specialist batsman.

Experienced pacer Tim Southee, who was ruled out of the forthcoming Test series against India after straining an ankle ligament, has found a place in the 15-member squad, while Henry Nicholls, who is part of the five-day game squad, has been dropped.

Batsman Anton Devcich, allrounder Jimmy Neesham and wicketkeeper BJ Watling have also been recalled to the squad for the series beginning in Dharamsala on October 16.

Anderson last played an international game for New Zealand during the World T20 in India, before a back injury ruled him out of the tours of Zimbabwe and South Africa.

He proved his fitness in three matches for a New Zealand XI against an Emerging XI at Christchurch last week.

NZC selector Gavin Larsen said Anderson's rehab would continue to be monitored and praised the allrounder for his work ethic.

"Corey's superb professionalism throughout his rehab process has led to this point, and it's a credit to him and the hard work he's put in," said Larsen.

"We're excited to have Corey back. He provides power through the middle-order and knows the conditions in India well.

"He's still working on his bowling and we'll continue to monitor that, but for this series he will be used solely as a specialist batsman."

Henry Nicholls was dropped from the squad, though Larsen said the Kiwis still have a number of options in the middle-order.

"India conditions are known to be quite harsh, so it's really important that we have cover for all positions.

"Luke Ronchi and BJ Watling provides us with wicketkeeping and middle-order cover, while Anton is another spin option for us and can bat anywhere in the order."

"The last time we played ODIs was in the Chappell Hadlee series and victory there helped us reach the world number two ranking. We obviously want to keep growing on that and this series is another massive challenge for us."

Mitchell McClenaghan, Adam Milne, Colin Munro and George Worker were all unavailable for selection due to injury.

Comments
Topics mentioned in this article
Corey Anderson New Zealand Cricket Team India Cricket Team Cricket
Get the latest updates on ICC Women's Cricket World Cup 2022 and IPL 2022, check out the Schedule , Live Score and IPL Points Table. Like us on Facebook or follow us on Twitter for more sports updates. You can also download the NDTV Cricket app for Android or iOS.