Corey Anderson, coming back after an injury, will play as a specialist batsman during the five-match ODIs between India and New Zealand. 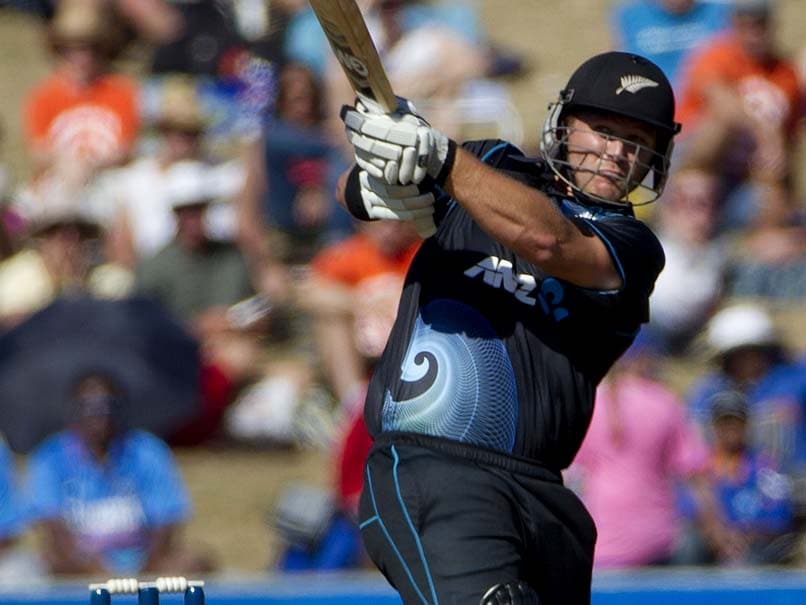 Corey Anderson last played an international match in the World T20 in India in March this year.© AFP

Corey Anderson's batting skills will be key to New Zealand's ODI campaign against India. The first of the five ODIs will be played in Dharamsala on Sunday.

The 25-year-old left-handed batsman, known for his quick scoring skills down the order, is expected to bat in the top five as New Zealand aim to salvage their pride after being wiped out in the Test series 3-0. Anderson did not play the Tests.

Anderson last played an international match in the World T20 in India in March this year. England beat New Zealand by seven wickets in the first semifinal at Delhi's Ferozshah Kotla. Batting at No. 4, Anderson scored 28 off 23 balls and bowled just one over with the new ball.

Anderson's back stress injury has plagued his career. The March injury was the second time it happened for this burly young man from Christchurch. With a long summer ahead of him, the Mumbai Indians player wants to manage his work load well.

"It's reasonably tough second time around. You have a decent chunk out and you don't really want to sit out again," Anderson said.

"I had to do it and I guess it gives you time to reflect on things and see where you've got to get better."

Anderson averages just under 38 from 40 ODIs, with an enviable strike rate of 114. The seamer has been bowling in the nets but it is unlikely he will bowl in the matches in India.

"It's pointless pushing myself with such a big summer in front of us. I'd love to be doing everything but I'll focus on my batting and that'll be my main job," he said in Dharamsala on Friday.