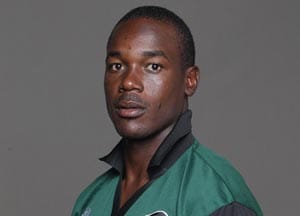 At 29, Obuya, who has played 92 one-day internationals for Kenya, is the sole senior player left in the team after the national board decided to call time on the careers of most of the older players after the winless tournament in India, Sri Lanka and Bangladesh earlier this year.

His first game as skipper will be against the United Arab Emirates (UAE) in the ICC International Cup and two limited overs tournament in Nairobi next week under the new coach, Michael Hesson of New Zealand.

"I am very proud and honoured to captain my country and will do everything I can to ensure performances and results improve," said leg-spinner Obuya, who was Kenya's outstanding performer at the World Cup, including a 98 not out against Australia in Bangalore.

"We have some very good players and some very talented ones coming through our system, so it is an exciting time to develop team and work with the new coach Mike Hesson, and the chairman of selectors Alpesh Vadher," he added.

Comments
Topics mentioned in this article
Cricket Collins Obuya Eldine Ashworth Elderfield Baptiste West Indies Cricket Team Netherlands Kenya
Get the latest updates on IPL 2021, check out the IPL 2021 Schedule and Indian Premier League Live Score . Like us on Facebook or follow us on Twitter for more sports updates. You can also download the NDTV Cricket app for Android or iOS.