Cheteshwar Pujara, a key cog in India Test team, shared pictures from Southampton and fans cannot stop gushing about the scenic view from his room. 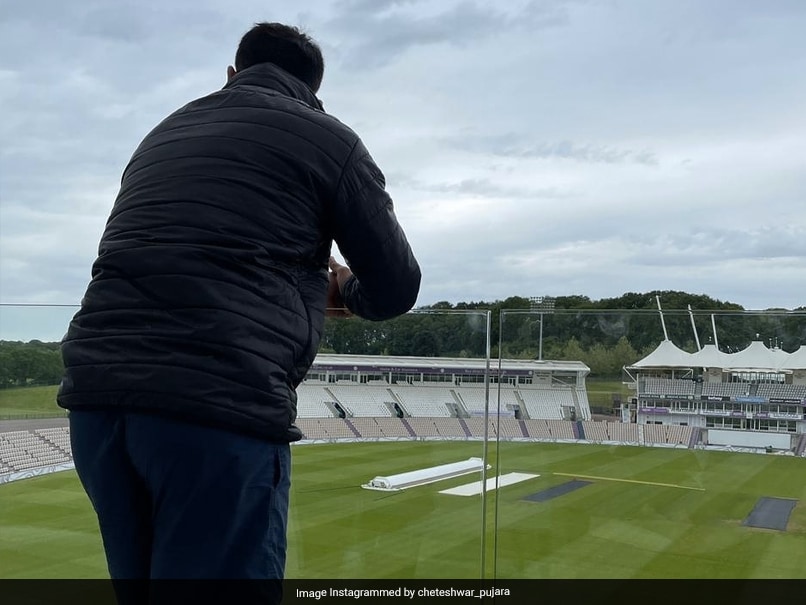 Cheteshwar Pujara cannot "wait to get on the field" ahead of the inaugural World Test Championship (WTC) final against New Zealand, which will be played in Southampton between 18 to 22 June. The India cricketer, along with the other members of the team, is currently serving the mandatory 10-day quarantine at a facility inside the Southampton stadium following their arrival in England on June 2. On Thursday, Pujara shared a couple of photos from his room on Instagram and his followers and fans cannot stop talking about the post.

"Quarantine room views don't get better! Can't wait to get on the field," Pujara captioned the post.

Responding to the post, while some fans dropped heart and fire emojis in the comment box, others requested India's Test specialist to do well in the WTC final.

India's limited-overs vice-captain Rohit Sharma also shared a picture with wicket-keeper batsman Rishabh Pant from Southampton. “We are in Southampton,” Rohit wrote in the caption box. In the photo, the duo can be seen standing at the balcony of the Rose Bowl stadium.

India will start their England tour with the WTC final before facing England in a five-match Test series, starting on August 4.

A few days ago, Pujara had shared a photo of himself in India's new Test kit for the 2021 season. “When in quarantine, work from home,” he had captioned the picture.

Pujara became a crucial member of India's Test squad after his performances against Australia Down Under in 2018-19. He was one of the architects of India's first Test series win in Australia in seven decades. Pujara was leading the batting chart with 521 runs under his name in the four-match Test series as India beat Australia 2-1.

On June 18, when Pujara walks out onto the field to take on New Zealand, his fans will have similar expectations from him.