Cheteshwar Pujara also became the first Saurashtra batsman to do so. 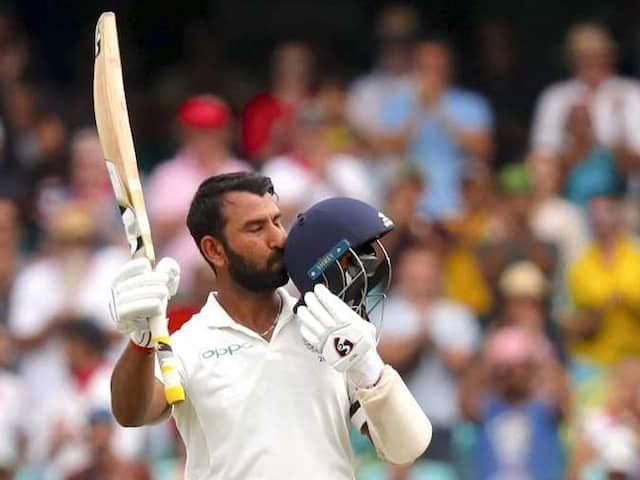 Cheteshwar Pujara completed his half century in 29 balls.© AFP

Cheteshwar Pujara slammed his first T20 century during Saurashtra's Syed Mushtaq Ali Trophy opener against Railways at the Holkar Stadium in Indore on Thursday. In the process, the Team India Test specialist also became the first batsman from Saurashtra to reach the three-figure mark in the shortest format of the game. Pujara scored a 61-ball unbeaten 100 which included 14 boundaries and a six. The 31-year-old, who was snubbed by Indian Premier League (IPL) franchises for the fifth straight year, came out to open the innings for the Ranji Trophy finalists and helped them reach 188/3 in 20 overs.

The opening combination of Pujara and Harvik Desai put up 85 runs for the first wicket in 8.5 overs with the latter adding 34 runs to the tally.

Pujara, who had completed his half century in 29 balls, was then well supported Robin Uthappa as the duo added 82 runs for the second wicket and took the team beyond the 150-run mark.

His previous best was a 55-ball 81 against Jammu and Kashmir in the same tournament in 2016.

With 521 runs under his belt, Pujara was the highest-run scorer of the four-match Test series between India and Australia.

Pujara scored three centuries in the four-match series that India won 2-1 and surpassed former India batsman VVS Laxman, who has 17 Test centuries to his name.

It was also the first time Pujara had scored more than one century in an overseas Test series.