Cheteshwar Pujara said that for him being appreciated by the cricket fraternity means more than getting endorsements. 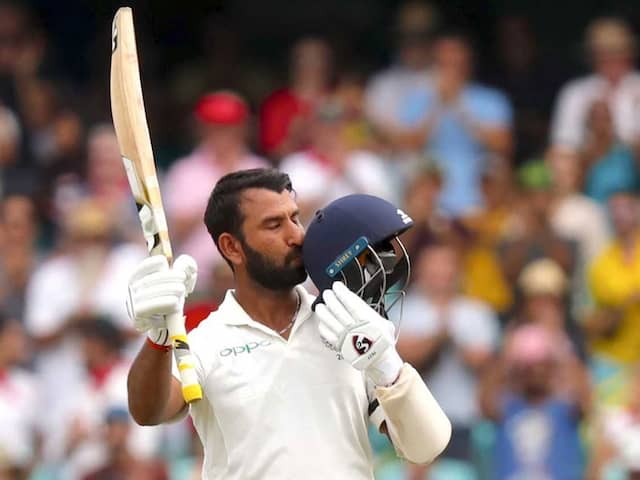 Cheteshwar Pujara has been a key batsman for the Indian Test team.© AFP

Cheteshwar Pujara has been a key batsman for the Indian Test team over the years. However, being a Test specialist has not earned Cheteshwar Pujara many brand endorsements in the recent time and he is hardly bothered about the same. Pujara, who was the hero in India's historic first Test series win in Australia, amassing 521 runs including three centuries, said he isn't someone who goes after endorsements. Pujara also said being appreciated by the cricket fraternity means more than getting endorsements.

"Being a (specialist) Test cricketer, I accept that there haven't been many endorsements. I am someone who doesn't go after endorsements," Pujara told The Indian Express daily in comments published Wednesday.

"For me, the true thing is the love of the game. My father has taught me that I don't just play for myself but for the entire country," he said.

"What I like is the appreciation from this country and from (the) cricketing fraternity, which is more than any endorsement I might get in my life," he added.

Pujara, 30, won man of the series in Australia, keeping the opposition bowlers at bay with his stubborn batting as he faced well over a thousand deliveries.

India legend Sachin Tendulkar hailed Pujara's "concentration and understanding of the game" and felt the efforts of the top-order batsman was the "difference between the two teams" Down Under.

"The RESPECT you get as a cricketer for what @cheteshwar1 is doing in TEST CRICKET, is GREATER than any wonderfully skilful T20 innings. Youngsters - look, learn & listen!," former England batsman Kevin Pietersen wrote on Twitter.

But unlike many Indian players who sign up with brands and become stars in a cricket-crazy nation, the unassuming Pujara returned from Australia to quietly get on with domestic cricket.

In a list of India's top 20 valuable celebrity brands published by advisory firm Duff & Phelps earlier this month, Kohli topped the list but Pujara was nowhere to be seen.

Kohli, who has advertised everything from motorbikes to toothpaste to whisky, recently even became the face of a line of traditional clothing, "The Virat Collection".

Pujara has not been signed up by any Indian Premier League (IPL) team and is unlikely to be part of India's one-day international side in this year's World Cup in England and Wales.