Chennai Super Kings' IPL Ban Over, Want MS Dhoni Back For Next Season

The ban on Chennai Super Kings and Rajasthan Royals is over officially and a top CSK official said the franchise will look to retain as many players and support staff it had in 2015. 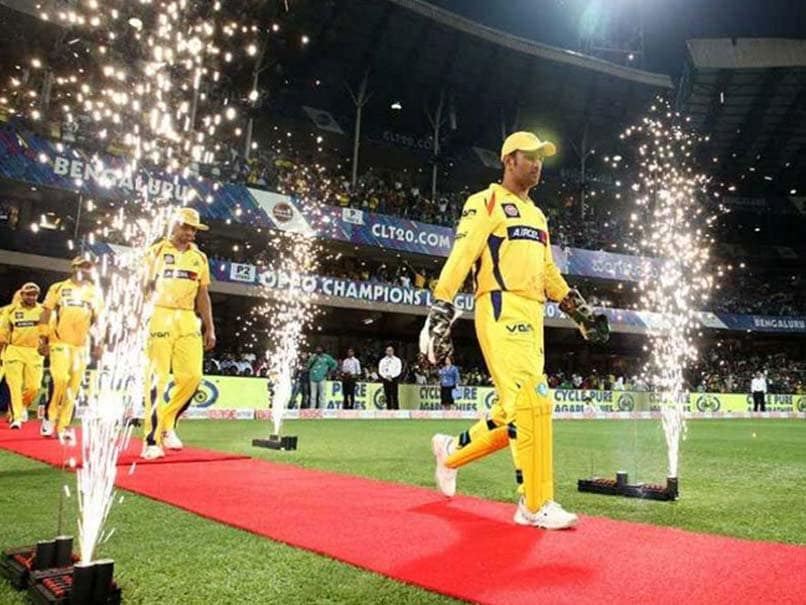 The ban onChennai Super Kings and Rajasthan Royals is over officially and a top CSK official said the franchise will look to retain as many players and support staff it had in 2015. "Super Morning, Lions! The wait is finally over. Time to rise and shine! #CSKReturns #whistlepodu," the franchise said on its Twitter handle (@ChennaiIPL). According to George John, one of the directors of Chennai Super Kings Cricket Limited, which runs the team, "the ban is officially over. It is good that we are back. As far as possible we will try to retain the players and support staff we had."

About the team's marquee player M S Dhoni, who led CSK since the inception of IPL in 2008, John told PTI, "we have to see what the BCCI has to offer. If there is an option of retaining of a player, it would be him (Dhoni.)"

Super Morning, Lions! The wait is finally over. Time to rise and shine! #CSKReturns #whistlepodu pic.twitter.com/qmD3zAuN3z

"We haven't spoken to Dhoni yet as his contract with Pune ends later this year. However, we will speak to him as and when we make our plans for the next season," he added.

Former New Zealand captain Stephen Fleming was head coach, while Andy Bichel (bowling coach) and Steve Rixon (fielding coach) were part of the support staff when team was banned in 2015.

"In an effort to engage with fans, the CSK management started their promotional campaign from today with a couple of social media activities aimed at evoking memories of MS Dhoni & Co in the colours of CSK over the past decade," John said.

The Board of Control for Cricket in India (BCCI) also welcomed the Indian Premier League franchises - Chennai Super Kings and Rajasthan Royals - back into the League.

IPl Chairman Rajeev Shukla said: "It is my privilege to welcome back our franchisees, Chennai Super Kings and Rajasthan Royals, into the 11th edition of the IPL. We have had a strong working relationship with Chennai Super Kings and Rajasthan Royals and hope that we can continue to build upon the close ties that we have enjoyed in the past, as we move towards the next edition of the league."

CSK and Royals were suspended for two years in July 2015 when they were found guilty in 2013 of betting and spot-fixing.

Meanwhile, the franchise's fans are celebrating the much-awaited return and 'super fan' H Saravanan, who is famous for his body painting and wig, is getting to ready to "roar again for Lions in its den."

"World over, fans have been waiting for the return of CSK. It is a big moment for us. We are already looking forward to IPL in 2018. I don't know to celebrate this," he said.

"I can't wait to see 'Thala' (as Dhoni is referred to by the fans) back in yellow at the M A Chidambaram stadium. I wish the team management can bring back all the players who turned out for CSK," he said, adding there were plans to organise mass feeding at some orphanages and blood donation camps in the days to come.

Comments
Topics mentioned in this article
Chennai Super Kings MS Dhoni Rajasthan Royals Stephen Fleming Suresh Raina Ravichandran Ashwin Cricket
Get the latest updates on ICC T20 Worldcup 2022, check out the Schedule and Live Score. Like us on Facebook or follow us on Twitter for more sports updates. You can also download the NDTV Cricket app for Android or iOS.