Blank Cheque From Krunal Pandya For Ex-India Player Jacob Martin, Who Is Battling For Life

Jacob Martin continues to battle for his life in a Vadodara hospital. 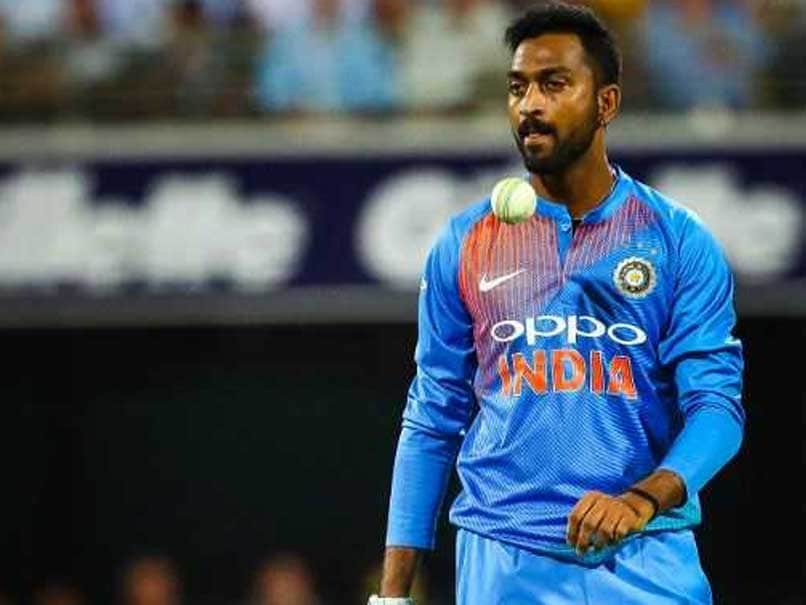 Krunal Pandya has made his India debut in T20Is against the Windies.© AFP

Former India cricketer Jacob Martin continues to battle for his life in a Vadodara hospital. He is currently on a ventilator after sustaining injuries to his lungs and liver in a road accident on December 28. As per a report, Martin's wife had written to the Board of Control for Cricket in India (BCCI) seeking help and the board has sanctioned Rs 5 lakh. The Baroda Cricket Association has also come forward and sanctioned an amount of Rs 3 lakh. Former India skipper Sourav Ganguly came forward to help and effected a bank transfer in Martin's favour. Former Baroda Cricket Association secretary Sanjay Patel was among the first one to help Jacob's family. Now, Krunal Pandya (elder brother of Hardik), has left a blank cheque with Patel. "Sir, please fill up whatever is needed, but nothing less than Rs 1 lakh," Krunal told Patel, as quoted by The Telegraph.

"Martin's family was in a dilemma, whether to appeal for help or not. Today, the situation is such that they don't have to ask, members from the fraternity are asking about the amount to transfer," Patel said.

Patel also received assurance of help from Team India head coach Ravi Shastri, who is currently in New Zealand for the upcoming series.

"It's overwhelming that Zaheer Khan, Yusuf and Irfan Pathan, Munaf Patel, Sourav and Ravi, among others, have come forward to extend a helping hand in this time of distress for Martin's family," Patel said.

Martin, who played ten ODIs for India made his debut under Ganguly in September 1999.

He scored 158 runs at an average of 22.57 while playing five games under Ganguly's captaincy and another five under Sachin Tendulkar's leadership.

India Cricket Team Krunal Pandya Jacob Martin Sourav Ganguly Cricket
Get the latest updates on ICC T20 Worldcup 2022 and CWG 2022 check out the Schedule, Live Score and Medals Tally. Like us on Facebook or follow us on Twitter for more sports updates. You can also download the NDTV Cricket app for Android or iOS.