From tweets and videos on cricket, the Twitter page of Gautam Gambhir, former left-hand opening batsman for India, is now loaded with roadshows and hashtags to campaign for the ongoing Lok Sabha elections. 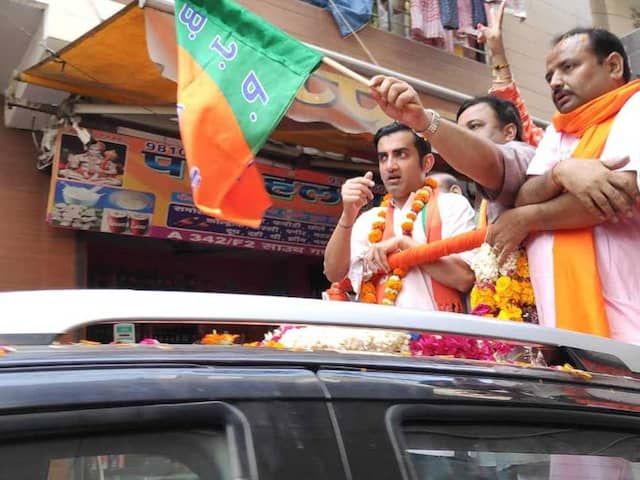 From tweets and videos on cricket, the Twitter page of Gautam Gambhir, former left-hand opening batsman for India, is now loaded with roadshows and hashtags to campaign for the ongoing Lok Sabha elections. In addition to the show of support, Gautam Gambhir is now officially the new Chowkidar on Twitter. Mr Gambhir, who is BJP's candidate for East Delhi, had announced his entry into politics a little over a month ago. "I have been influenced by the PM, his vision for the country. This is a fabulous platform for me to do something for the country," he had said on March 22 when he joined the party.

I have joined @BJP4India to serve the country with right intent and honesty. I hope through this I can make some meaningful difference to the lives of my people.

The 37-year-old replaced Maheish Girri as the BJP's East Delhi candidate, lining up a clash with Arvinder Singh Lovely of the Congress and Aam Aadmi Party (AAP) star candidate Atishi.

Since his entry into politics, Mr Gambhir has used his Twitter account to display videos and photos of his roadshow across Delhi under several hashtags like #PhirEkBaarModiSarkar and #GambhirForEastDelhi. He is also seen meeting people on the streets and posing for selfies with them.

"I was a cricketer, I am not a cricketer [anymore]. I did what I had to do on the cricket field, it's a different field and it's a different challenge... I have always had the right intention to do something good for the country and change a lot of things in the society and hopefully I touch a lot of lives. So I hope I can live up to the expectations," he had said on his first election rally in East Delhi.

With an annual income of over Rs. 12 crore, cricketer-turned-politician Gautam Gambhir is among the richest of all the candidates in fray for the Lok Sabha election in Delhi.

Mr Gambhir who retired in December 2018 after a 15-year stint, joined a league of more cricketers-turned-politicians like Kirti Azad, Mohammad Azharuddin, Navjot Sidhu and Mohammad Kaif.

East Delhi, along with six other seats in the capital, will vote on May 12. Results are expected on May 23.