Bhuvneshwar Kumar is the second high-profile India cricketer to tie the knottoday. Former pacer Zaheer Khan and actress Sagarika Ghatge too got married earlier in the day. 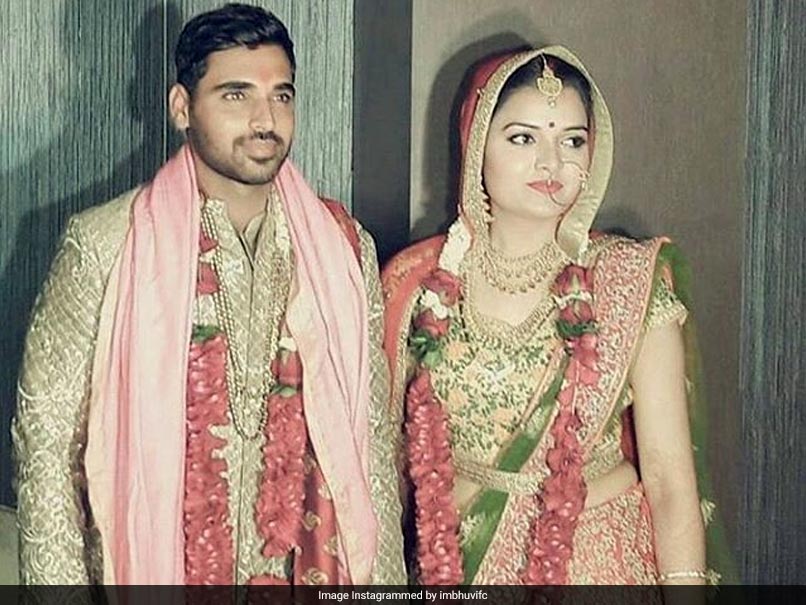 Star India pacer Bhuvneshwar Kumar on Thursday tied the knot with fiancee Nupur Nagar in Meerut, his hometown. Bhuvi, who man of the match in the 1st Test against Sri Lanka, was released from the squad after the drawn contest at the Eden Gardens. The 27-year-old will play no part in the remaining two Tests. The wedding will be followed by a reception in Bulandshahr, Nupur's hometown, on November 26. The couple will also host a reception in New Delhi on November 30. Team India members, who will be in Delhi for the Sri Lanka series at the time, are expected to attend the reception.

Bhuvi is the second high-profile India cricketer to tie the knot today. Former pacer Zaheer Khan and actress Sagarika Ghatge too got married earlier in the day. They opted for a court marriage, which will be followed by a grand reception for Bollywood celebs and Zaheer's Team India colleagues on November 27 in Mumbai's Taj Mahal Palace and Tower.

Comments
Topics mentioned in this article
India Cricket Team Zaheer Khan Cricket Bhuvneshwar Kumar
Get the latest updates on ICC Women's Cricket World Cup 2022 and IPL 2022, check out the Schedule , Live Score and IPL Points Table. Like us on Facebook or follow us on Twitter for more sports updates. You can also download the NDTV Cricket app for Android or iOS.