Bhawana Ghimire is the first woman CEO to run a national cricket Board in the sub-continent. She aims to take Nepal cricket to the summit of success. 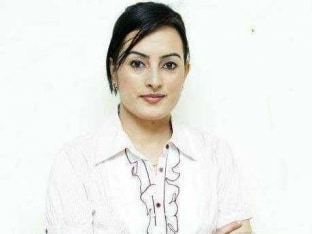 Handling players is one of Bhawana Ghimire's bigger strengths.

Nepal cricket is making headlines for a unique reason. A nation in the lap of the Himalayas, whose best cricketing achievement has been qualifying for the 2014 ICC World T20, has made a piece of history by appointing a woman Chief Executive Officer earlier this week. UK-educated Bhawana Ghimire, a college-level cricketer, has been given a six-month contract by the Cricket Association of Nepal, in what is probably a first for countries associated with the International Cricket Council.

International cricket administration has always been in the firms hands of men. Women have occupied executive positions, but never in a CEO role. Nepal's choice of Ghimire is not without basis. She has the credentials and the experience of being involved with some of the greatest sporting events on earth.

Armed with an MBA from University of Wales, Ghimire has worked for the Punjab National Bank in London and then with a wealth management company in Bahrain. Here in the Gulf, Ghimire handled events related to Formula One, English Premier League and the La Liga (Spanish League). Sports management, handling players and stake holders are some of her strengths.

An Associate member of the ICC, Nepal's cricket may have shown encouraging signs, but the CAN's administration has suffered due to poor governance. Facing ICC's wrath, Nepal had to appoint full-time paid professionals. With her background, Ghimire made the cut. She will be assisted by a finance manager (Prakash Maharjan). Both will be on a six-month probation.

Nepal have already acquired T20 international status from the ICC but Ghimire wants CAN to reach the summit. Having beaten teams like Kenya and Afghanistan, the next goal is to gain ODI status. But the path will be long and Ghimire knows how to impress the 'big' brothers.

"My first aim is to ensure that Nepal plays in next year's Duleep Trophy. Nepal has about four million people of Indian origin, which is among the highest in the world. With support from the BCCI, Indian clubs and regional academies, Nepal can graduate from playing T20Is to receiving ODI status," Ghimire told ESPNCricinfo soon after taking charge.

Nepal can learn from Bangladesh. By holding BCCI's hand, Bangladesh are a Test-playing nation now although their status is highly debated. But international cricket is not only about ability and Ghimire will be severely tested. She has to bring in sponsors and funds to run CAN and Ghimire is already eyeing IPL teams.

"Brian Lara recently played a match at Wormsley, in Rwanda colours, to generate funds for the Rwanda Cricket Stadium Foundation, a charity established to build an international cricket stadium in Kigali, the Rwandan capital. We need similar initiatives for Nepal.

"Charity games in Nepal, between India and Pakistan, or even involving teams from the Indian Premier League, will go a long way in helping Nepal cricket," says Ghimire.

Ghimire surely has plotted her course and seems to be on the right path. Charming BCCI is high on her priority list.

Comments
Topics mentioned in this article
Nepal Cricket
Get the latest updates on ICC Women's Cricket World Cup 2022 and IPL 2022, check out the Schedule , Live Score and IPL Points Table. Like us on Facebook or follow us on Twitter for more sports updates. You can also download the NDTV Cricket app for Android or iOS.