Ben Stokes relived his 'miracle of Headingley' for the first time, describing the Ashes nailbiter as a "great day". 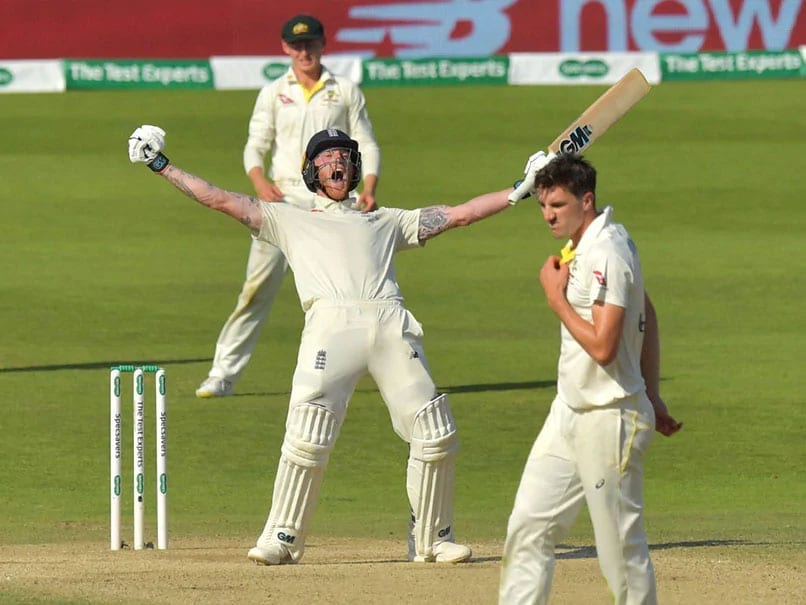 It has taken him seven months but on Saturday England all-rounder Ben Stokes relived his 'miracle of Headingley' for the first time, describing the Ashes nailbiter as a "great day". In August last year, Stokes smashed a breathtaking, undefeated 135 as England beat Australia in the third Test in Leeds by one wicket. He and bespectacled last man Jack Leach put on 76 runs for the final wicket with Stokes hitting 74 in that partnership. With no cricket to fill the live schedules as a result of the coronavirus lockdown, British broadcasters turned to their archives to replay the dramatic finale of the Test.

Sky TV offered fans the chance to see Stokes, captain Joe Root, Jonny Bairstow and Chris Woakes dial in via videolink in what the broadcaster described as a 'watchalong'.

Staring at the screen with his fist clamped to his mouth, Stokes told fans what was going through his mind in the closing stages.

"It's the first time I've watched it ball by ball. It's always going to be great memories, isn't it? One of the great days," he said.

"Not just on the field, but the memories we'll always have together as a group. The changing room is sacred as a cricketer and that evening, after this day's play, was just sensational.

"We'll always be able to look back on what happened that day and the memories we created."

With his eyes fixed on the video, Stokes shouted "go, go, go" as his final six of the innings sailed over the head of Josh Hazlewood.

He then shrugged off an lbw appeal from off-spinner Nathan Lyon that would have handed the game to Australia had it been given.

Earlier in the innings, Australia skipper Tim Paine had wasted a review, a fact not lost on Root on Saturday.

"It's the greatest decision of all time if you ask me. You want the world to swallow you up because you know you've made an absolute goober of a mistake. It's a horrible feeling."