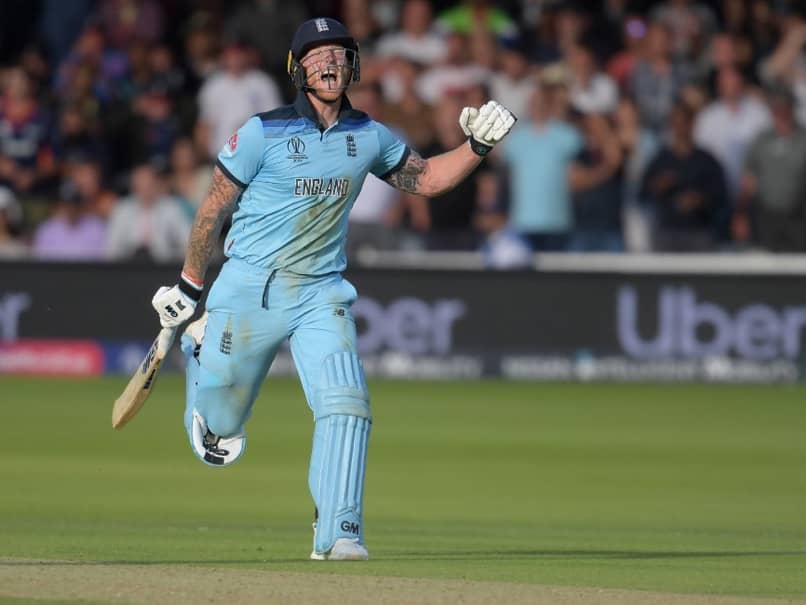 Ben Stokes is the first England player to receive the honour since Andrew Flintoff in 2005.© AFP

Ben Stokes has ended Virat Kohli's three-year reign as Wisden's leading cricketer in the world after playing a starring role in England's World Cup win last year. The 2020 Wisden Cricketers' Almanack, published on Thursday, crowns the swashbuckling all-rounder as the sport's pre-eminent player. He is the first England player to receive the honour since Andrew Flintoff in 2005.

The 28-year-old won the man-of-the-match award in the World Cup final against New Zealand at Lord's and then produced a remarkable match-winning innings of 135 not out in the third Ashes Test against Australia.

"Ben Stokes pulled off the performance of a lifetime -- twice in the space of a few weeks," said Wisden editor Lawrence Booth.

"First, with a mixture of outrageous talent and good fortune, he rescued England's run-chase in the World Cup final, before helping to hit 15 off the super over.

"Then, in the third Ashes Test at Headingley, he produced one of the great innings, smashing an unbeaten 135 to pinch a one-wicket win.

"Against red ball or white, he was a force of nature."

Stokes in January won the International Cricket Council's player of the year award.

England pace bowler Jofra Archer, who bowled the super over in the World Cup final, is among Wisden's five cricketers of the year.

Ben Stokes Cricket
Get the latest updates on India vs England Series, India vs England , live score and IPL 2021 Auction . Like us on Facebook or follow us on Twitter for more sports updates. You can also download the NDTV Cricket app for Android or iOS.