Ben Stokes cleared the air on the infamous overthrow incident in the World Cup 2019 final. Says he didn't ask the umpires to reverse the decision. 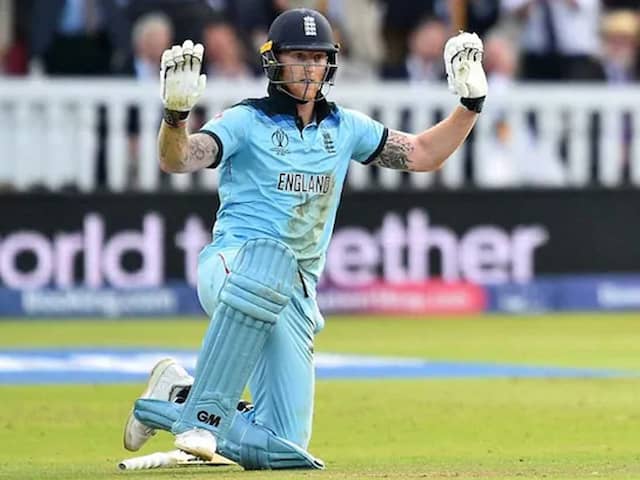 A throw from the deep hit Ben Stokes' bat when he was diving to complete the second run.© AFP

Ben Stokes has cleared the air about the infamous overthrow in the World Cup 2019 final that played a pivotal role in England's maiden 50-over World Cup triumph. Speaking at a BBC podcast, Ben Stokes said that he did not ask the umpires to cancel the four overthrows. After England's maiden title victory, fast bowler James Anderson was quoted by BBC's Tailenders podcast as saying that Stokes was hugely apologetic the moment the incident happened and he had appealed to the umpires to overturn their decision.

Speaking at a BBC podcast on Monday, 28-year-old all-rounder Stokes said that he did not go to the umpires and asked them to overturn their call.

"I was thinking to myself, did I actually say that in the heat of the moment? But hand on heart, I did not go up and say that to an umpire. The only thing I said, I went straight to Tom Latham and saying mate, I'm so sorry. Looked over to Kane and said I'm sorry. But no, I did not go up to the umpires and say we don't want those runs," Stokes said.

In the final, England were chasing 242 runs for the win. In the final over of their innings, a throw from the deep by Martin Guptill hit Ben Stokes' bat and the ball deflected off to the boundary that gave England four bonus runs.

After the 100 overs, both teams managed to score 241 runs. The match went into a Super Over but even that ended in a tie. England were then crowned champions based on superior boundary count.