According to a report, the BCCI has seen little enthusiasm among fans for the IPL opening ceremonies. 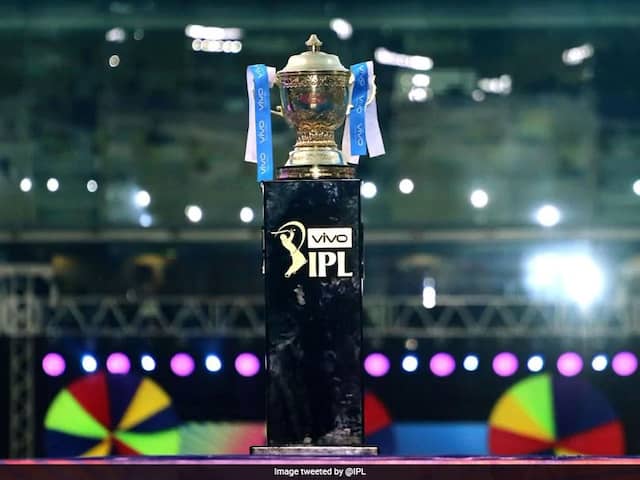 Indian Premier League (IPL) might not feature an extravagant opening ceremony in the seasons to come as an official placed at the Board of Control for Cricket in India (BCCI) has reportedly called the idea a "waste of money". The BCCI official told The Indian Express, "The opening ceremonies are a waste of money. The cricket fans don't seem to be interested, and the performers have to be paid a lot." In February, the IPL 2019 opening ceremony was cancelled in the wake of the Pulwama terror attacks and the budgeted money was donated to the armed forces.

"The estimated cost of hosting an IPL opening ceremony is Rs 20 crore. It was unanimously decided that a sum of Rs 11 crore be contributed to the Indian Army, Rs 7 crore to the CRPF and Rs 1 crore each to the Navy and Air Force respectively," the BCCI had said in a statement.

Supreme Court-appointed Committee of Administrators (CoA) chairman Vinod Rai, whose tenure came to an end after former India captain Sourav Ganguly took over as the BCCI president in October, had come up with the idea of charity to win "everyone's heart".

"As a federation, we felt it was best not to hold a regular IPL opening ceremony. Instead, we decided to contribute the amount towards a cause that is so important and close to everyone's heart," Vinod Rai had stated.

Over the years, the big-budget IPL opening ceremonies have featured numerous Bollywood celebrities along with international stars such as Katy Perry, Akon and Pit Bull.

Comments
Topics mentioned in this article
Cricket BCCI
Get the latest updates on IPL 2020, check out the IPL Schedule for 2020 and Indian Premier League (IPL) Cricket live score . Like us on Facebook or follow us on Twitter for more sports updates. You can also download the NDTV Cricket app for Android or iOS.