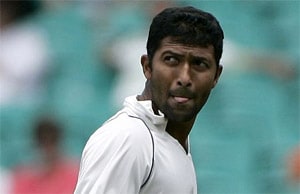 The Board of Control for Cricket in India (BCCI) has extended its generosity to more players who will be eligible for the one-time benefit scheme.

In Sunday's BCCI Working Committee meeting in Kolkata, it was decided to extend the scheme to four players from Mumbai - Wasim Jaffer, Amol Muzumdar, Sanjay Bangar and Sairaj Bahutule.

It is learnt that Tamil Nadu all-rounder Sridharan Sriram, who played eight one-day internationals for India is the fifth 'fortunate' player.

"Those cricketers who retired before 2003-04 had got the one-time benefit. There were a few who retired after that so the Board felt it would extend the scheme to these players. They will be paid according to the break-up decided," Ravi Savant, BCCI's Honorary Treasurer, told MiD DAY yesterday.

Jaffer has not yet called it quits, but is expected to rake in the moolah once he retires. Ditto Amol Muzumdar, who played for Andhra Pradesh last season.

Railways' Bangar, who announced his first-class retirement earlier this year, played 12 Tests, 15 ODIs and 165 first-class games. He will be eligible for Rs 50 lakh.

His international record might not be considered as the Board had stated in its criteria that "those between one and nine Test matches and who have played their last international match before 1970 will get Rs 35 lakh."

Domestic giant Muzumdar, who has played 166 first-class matches, is set to gain Rs 30 lakh. Around 160 domestic and international cricketers had benefited from the BCCI's one-time benefit scheme.

Comments
Topics mentioned in this article
Wasim Jaffer Amol Anil Muzumdar Paul Valthaty Cricket BCCI
Get the latest updates on IPL Auction 2023 and check out  IPL 2023 and Live Cricket Score. Like us on Facebook or follow us on Twitter for more sports updates. You can also download the NDTV Cricket app for Android or iOS.