"Was A Trainwreck": Chris Lynn Fumes After Brisbane Heat's 'Unbelievable' Collapse vs Melbourne Renegades In BBL

Brisbane Heat, chasing 165 runs for the win, lost 10 wickets for 36 runs against Melbourne Renegades in a BBL game on Sunday. 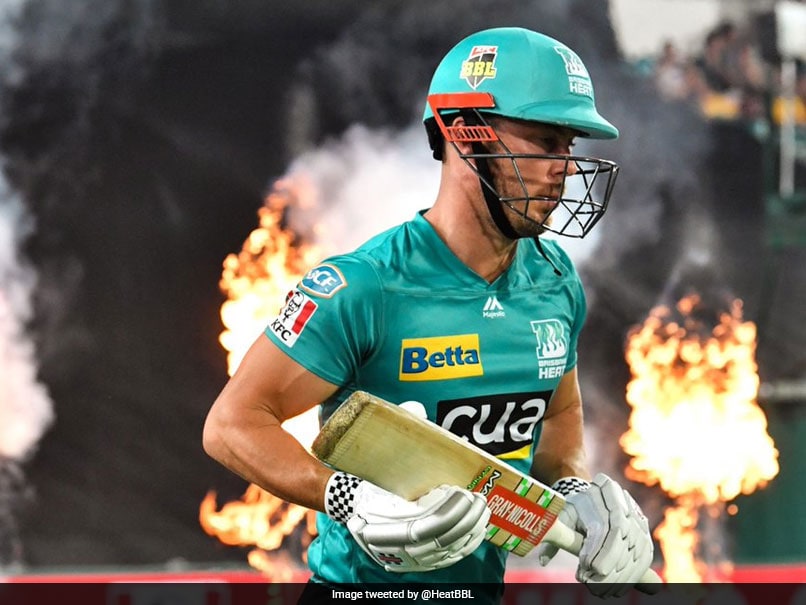 Chris Lynn was left fuming after his side was dismissed for 120 in a BBL game.© Twitter

Chris Lynn, captaining Brisbane Heat in the Big Bash League (BBL), was not short of words as he expressed his disappointment following his team's unbelievable batting collapse on Sunday. Chasing a target of 165, Brisbane were well on course after an 84-run opening stand between Chris Lynn and Sam Heazlett. But once Chris Lynnwas dismissed by Andrew Fekete in the seventh over, Brisbane lost nine wickets for 34 runs and were eventually bowled out for 120. After the shocking defeat, skipper Lynn termed the collapse as a "trainwreck". "I cannot really sugarcoat it (batting collapse), it was a trainwreck," Chris Lynn said after the game.

The BBL's official Twitter handle shared a video of Brisbane Heat's dramatic batting collapse. "10-36. This is a batting collapse you just have to see in order to believe #BBL09," the tweet read.

This is a batting collapse you just have to see in order to believe #BBL09 pic.twitter.com/bVtc6CYXyh

Earlier, the 29-year-old Lynn had won the toss and invited Melbourne Renegades to bat at the Gabba.

Beau Webster top-scored for the Renegades with a knock of 36 while a late flourish from Samit Patel (23 off 10) helped his side to a competitive total of 164 for six.

In reply, Brisbane Heat got off to a flying start scoring 84 runs in the first powerplay for the loss of one wicket. But after losing their captain in the sixth over, the home side kept losing wickets at regular intervals.

Cameron Boyce was the pick of the bowlers for the Renegades as he finished his spell of four overs with figures of four for 15. Boyce also got rid of AB de Villiers, who was cleaned up by the leg-spinner for two.

Renegades' captain Daniel Christian and Samit Patel also chipped in with two wickets each as they registered their second win of the tournament.

AB de Villiers
Get the latest updates on IPL 2021, check out the IPL 2021 Schedule and Indian Premier League Live Score . Like us on Facebook or follow us on Twitter for more sports updates. You can also download the NDTV Cricket app for Android or iOS.