Mushfiqur Rahim Does Not Want To Keep Wickets In T20s Anymore: Bangladesh Coach

Bangladesh coach Russell Domingo said that Mushfiqur Rahim does not want to keep wickets in the shortest format of the game anymore. 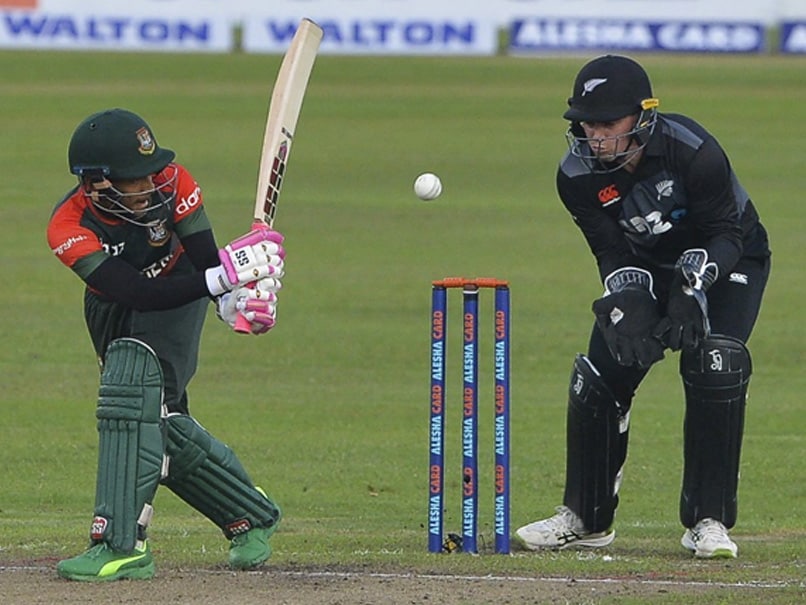 Bangladesh coach Russell Domingo has excluded wicketkeeper Mushfiqur Rahim from the national Twenty20 side, saying the veteran no longer wanted to play. Domingo told reporters late Sunday that the wicketkeeper no longer had the "desire" for T20s. The 34-year-old has played in 89 Twenty20 internationals, and only India's MS Dhoni has played more T20 matches as wicketkeeper-batsman. But Mushfiqur has been absent in recent T20 series. Nurul Hasan Sohan took over during two recent series against Zimbabwe and Australia as Mushfiqur had a family emergency and quarantine problems.

Mushfiqur also failed to get a game in the first three of the current five-match series against New Zealand.

Domingo said before the series that Nurul would play the first two matches, Mushfiqur the third and fourth, and that the best of the two would get the fifth match.

"After serving Bangladesh for 16 years, Mushfiq does not need to be told that he must perform," Mortaza wrote in a Facebook post.

He said that Domingo making such public comments showed "disrespect" for Mushfiqur.

New questions were asked after Mushfiqur was also left out of the third clash with New Zealand.

Domingo said plans for the third game were changed after Mushfiqur indicated he no longer wanted to be on the T20 side.

"There has been a change after speaking to Mushfiq. He was going to keep after the second game.

"We have got to move on. I don't think Mushfiq's desire to keep is great in this format anymore. So we have got to focus on Sohan and possibly let him do the duties."

Bangladesh lead against New Zealand 2-1 going into the final two matches of the series on Wednesday and Friday in Dhaka.

Mushfiqur Rahim Cricket
Get the latest updates on IPL Auction 2023 and check out  IPL 2023 and Live Cricket Score. Like us on Facebook or follow us on Twitter for more sports updates. You can also download the NDTV Cricket app for Android or iOS.