The International Cricket Council penalised the Sher-e-Bangla National Stadium in Dhaka for its subpar pitch a week after rebuking Bangladesh's other top venue in Chittagong for its shoddy ground. 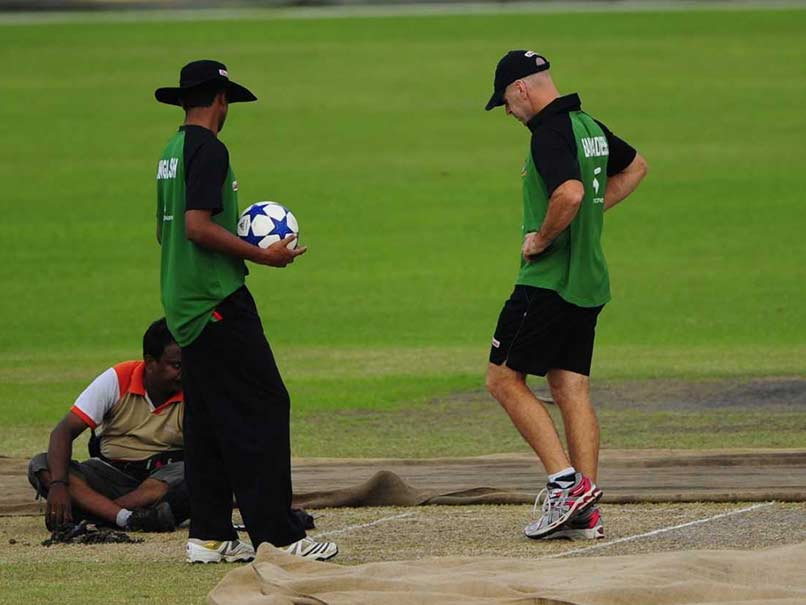 The Sher-e-Bangla National Stadium, Dhaka in this file image© AFP

Bangladesh's cricket board on Thursday vowed to improve pitches for international Tests after its two best venues were rated "below average" by the sport's governing body following the Sri Lanka series. The International Cricket Council penalised the Sher-e-Bangla National Stadium in Dhaka for its subpar pitch a week after rebuking Bangladesh's other top venue in Chittagong for its shoddy ground. The latest Test against Sri Lanka ended inside three days, with the visitors thrashing Bangladesh by 215 runs in a match that saw both sides all-out twice in less than eight sessions. The Chittagong Test, however, saw batsmen plunder more than 1,500 runs, with Sri Lanka declaring at a colossal 713 for nine in their first and only innings.

ICC match referee David Boon -- who issued a demerit point to both venues for below-average pitches -- said the Dhaka ground was poor from day one.

"There was evidence of the ball breaking the pitch surface, which resulted in uneven bounce throughout the match, along with inconsistent turn, which was even excessive at times," he said in a statement.

"This pitch produced a contest that was too heavily skewed in favour of the bowlers, and didn't give the batsmen a fair chance to display their skills."

The opposite problem prevailed in Chittagong last week, when Boon said the pitch provided no seam movement and favoured batsmen, who smashed five centuries and six half-centuries over five days.

The Bangladesh Cricket Board said it would consider appealing the demerit points but promised to take more precautions in future.

"Since we received this rating, we will be more careful about preparing the venues," said the board's chief executive officer Nizamuddin Chowdhury.

Any ground that receives five demerits from the ICC over five years is suspended from hosting international cricket for a year.

In September, the ICC rated the outfield of the Dhaka ground "poor" after the hosts defeated Australia by 20 runs in a Test.

But a demerit point was not issued as ICC guidelines for pitch and outfield monitoring were revised in January, a spokesman for the council said.

Comments
Topics mentioned in this article
Bangladesh Cricket Team Sri Lanka Cricket Team Shere Bangla National Stadium, Mirpur Cricket
Get the latest updates on IPL Auction 2023 and check out  IPL 2023 and Live Cricket Score. Like us on Facebook or follow us on Twitter for more sports updates. You can also download the NDTV Cricket app for Android or iOS.