Bangladesh named an unchanged squad for next week's series decider against Australia, after clinching a historic win over the tourists in their opening Test in Dhaka on Wednesday. 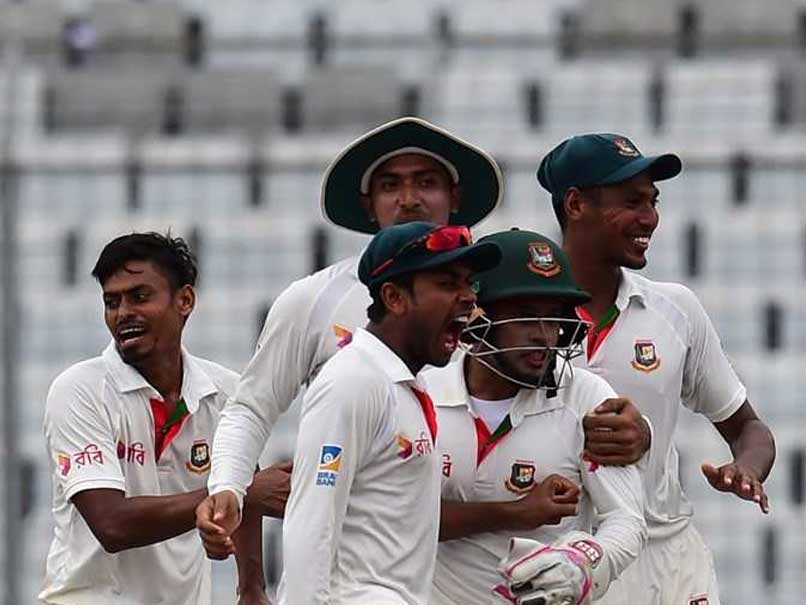 Bangladesh beat Australia by 20 runs in the first Test© AFP

Bangladesh named an unchanged squad for next week's series decider against Australia, after clinching a historic win over the tourists in their opening Test in Dhaka on Wednesday. The hosts beat Steve Smith's men by 20 runs in a thrilling victory on home soil, their first ever win against Australia since gaining Test status in 2000. Mushfiqur Rahim's men are hoping to seal the series when they square off against Australia in the second and final Test starting at Chittagong on September 4.

Australia -- who are touring Bangladesh for the first time in more than a decade -- are currently ranked fourth to Bangladesh's lowly ninth in ICC Test rankings.

The Baggy Greens on Wednesday added left-arm slow bowler Steve O'Keefe to their squad for the second Test. O'Keefe will replace fast bowler Josh Hazlewood who has been ruled out of the series with an injury.

(This story has not been edited by NDTV staff and is auto-generated from a syndicated feed.)
Comments
Topics mentioned in this article
Bangladesh Cricket Team Australia Cricket Team Mushfiqur Rahman Steven Smith Cricket
Get the latest updates on India vs South Africa and check out  Schedule, Results and Live Score. Like us on Facebook or follow us on Twitter for more sports updates. You can also download the NDTV Cricket app for Android or iOS.