ICC fined Steve Smith's 100% match fee and handed him a one-Test ban, while, Cameron Bancroft got a 75% fine and three demerit points. 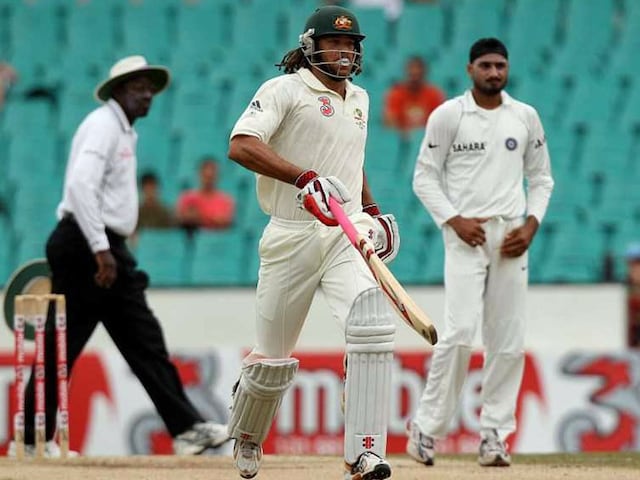 Harbhajan Singh never shied away from a showdown against Australia.© AFP

The cricket world was jolted by a massive controversy when Australia skipper Steve Smith accepted that his team had resorted to unfair means in the ongoing third Test of the four-match Test series against South Africa in Cape Town. The International Cricket Council (ICC) fined Smith's 100% match fee and handed him a one-Test ban, while, Cameron Bancroft got a 75% fine and three demerit points for ball-tampering incident. Veteran India spinner Harbhajan Singh, who has always been at the receiving end as far as the cricket's highest governing body is concerned, expressed his displeasure as the young Australian opener was not suspended, while the skipper got away with a one-match ban.

wow @ICC wow. Great treatment nd FairPlay. No ban for Bancroft with all the evidences whereas 6 of us were banned for excessive appealing in South Africa 2001 without any evidence and Remember Sydney 2008? Not found guilty and banned for 3 matches.different people different rules

A clearly irked Harbhajan took to Twitter and questioned ICC's decision, while mentioning how the Turbanator and five other Team India members were suspended for excessive appealing in a 2001 Test in South Africa.

Harbhajan, who never shied away from a showdown against Australia, also mentioned his Monkeygate controversy with Andrew Symonds. The Monkeygate scandal nearly led to India abandoning their tour of Australia in 2008, after match referee Mike Procter handed down a three-Test ban to Harbhajan for allegedly racially vilifying Symonds.

Comments
Topics mentioned in this article
Australia Cricket Team India Cricket Team Harbhajan Singh Steven Smith Cricket
Get the latest updates on IPL 2020, check out the IPL Schedule for 2020 and Indian Premier League (IPL) Cricket live score . Like us on Facebook or follow us on Twitter for more sports updates. You can also download the NDTV Cricket app for Android or iOS.