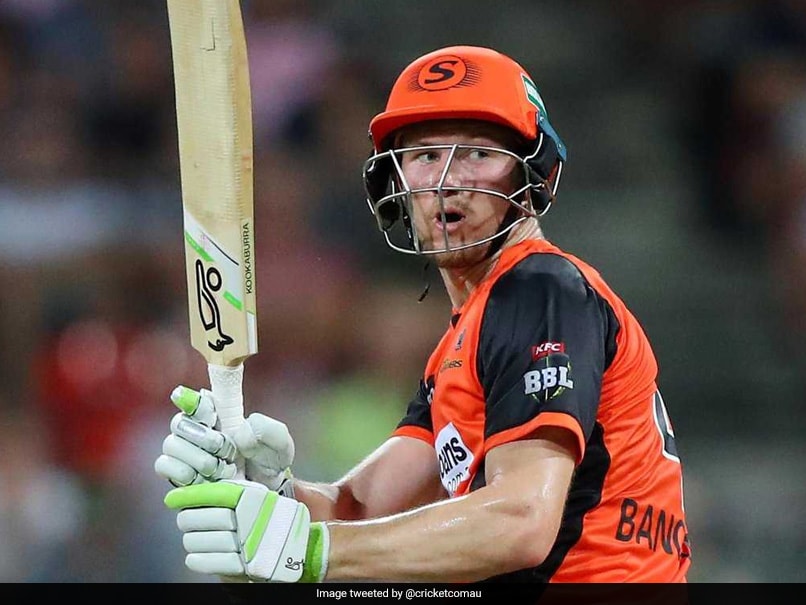 Opener Cameron Bancroft, who is currently serving a 9-month ban for the infamous ball tampering scandal, will mark his return to the top-level cricket on December 30 in Australia's Big Bash League according to Perth Scorchers coach Adam Voges. The 25-year-old will be allowed to represent his BBL franchise from their fourth match (against Hobart Hurricanes) and Scorchers' coach asserted that his team will not be wasting any time in reinstating the Bancroft as their top order batsman.

"I see a real possibility that he'll come straight back in for that game. A lot will just depend on how we're going at the time. But I thought Cam, when he played for the Scorchers last year, he did a really good job, batted at three and played some really good innings for us. He's an important part of our squads in all forms of the game, so I see him certainly putting his hand up to come straight back in," Voges was quoted as saying by cricket.com.au.

Bancroft, whose current ban is set to end on December 29, has been working closely with Voges. The Scorchers' coach admitted that the youngster has faced turbulent times in the past few months but has been working hard to make a comeback.

"One thing I do know about Cam is he'll be prepared. I know he won't have played any high-level competitive cricket for a period, but it certainly hasn't stopped him from trying to improve. He'll be ready to go," Voges added.

While Bancroft is set for a comeback, his compatriots former Australian skipper Steve Smith and David Warner will have to wait for another three months to play top-level cricket in Australia.

The 2018-19 edition of the Big Bash League is scheduled to start from December 19. Perth Scorchers will play their first match of the league against Melbourne Renegades on December 20.