Azhar Ali's Captaincy to be Reviewed After Australia Tour

Pakistan have lost the five-match One-Day International series to Australia with a game yet to be played on January 26 at the Adelaide Oval. 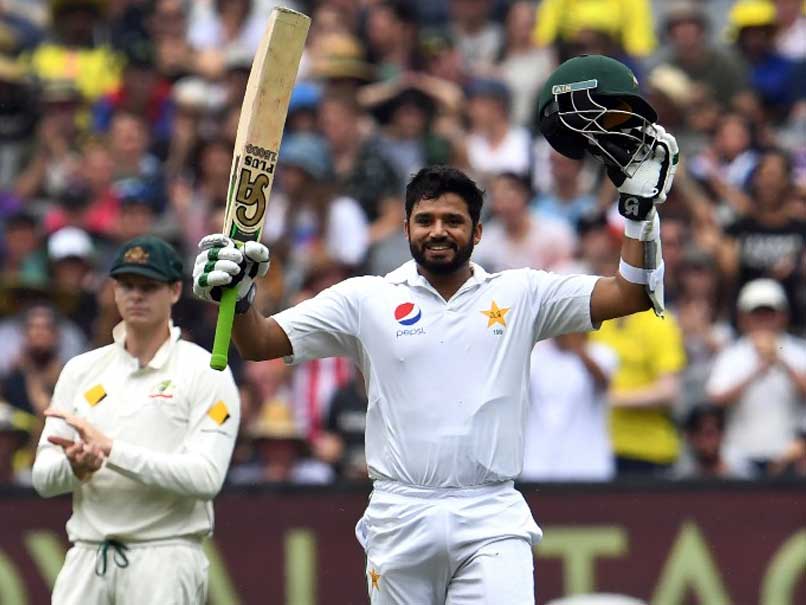 Azhar Ali is the limited overs captain of the Paksitani cricket team.© AFP

Following the One-Day International (ODI) series loss to Australia, Pakistan Cricket Board (PCB) has said that Azhar Ali's captaincy will be contemplated and reviewed upon when the team returns home after the completion of the tour. Having already being whitewashed 3-0 in the Test series, Pakistan also went on to lose the five-match ODI series 1-3 with the final match yet to be played on January 26 at the Adelaide Oval.

"Once the Australian tour is over we will review the captaincy issue and take a decision on it," Shaharyar Khan said. "I don't want to discuss Azhar's captaincy in the middle of the one-day series. Best we took it up after the team returns home."

Senior batsman, Azhar Ali's captaincy has come under scrutiny after Pakistan's below par performance in the ODI series which Australian has already won with one match remaining on Thursday.

Azhar's captainship style has been described as passive and unimaginative by former stalwarts and critics ever since he was a surprise choice as the ODI captain after the retirement of Misbah-ul-Haq and Shahid Afridi after the World Cup 2015 from the ODI format.

Azhar had not been selected in the ODI squad for a year and half when the cricket board decided he was the best choice to lead the team.

Khan made it clear that the board was not happy with the team's performance.

"We will decide about the captaincy once the ongoing series finishes. The fielding was below par and to make matters worse we dropped catches in the fourth ODI than how can the team expect to win like this," he said.

"It has been a disappointing show from the team because after we lost the test series we were expecting they would fightback in the one-day series."

Shaharyar Khan speaking on the future of test captain, Misbah-ul-Haq stated candidly the decision lies with the 42-year old.

"We want to see a fitting farewell for Misbah who has led Pakistan so well in the last six years and is a successful captain but in the end the final decision is his what he wants to do. We have left the decision of retirement on Misbah, as he can decide what's best for him," he said.

"There is still some time left before the start of the new series. We are not thinking on the lines of giving him a farewell match, but he is our most successful captain in the Test format, so we want to give him a fitting send off."

Comments
Topics mentioned in this article
Pakistan Cricket Team Australia Cricket Team Azhar Ali Adelaide Oval, Adelaide Cricket
Get the latest updates on IPL Auction 2023 and check out  IPL 2023 and Live Cricket Score. Like us on Facebook or follow us on Twitter for more sports updates. You can also download the NDTV Cricket app for Android or iOS.