Teenager Oliver Davies hit as many as 17 sixes and scored a double-century off 115 balls. 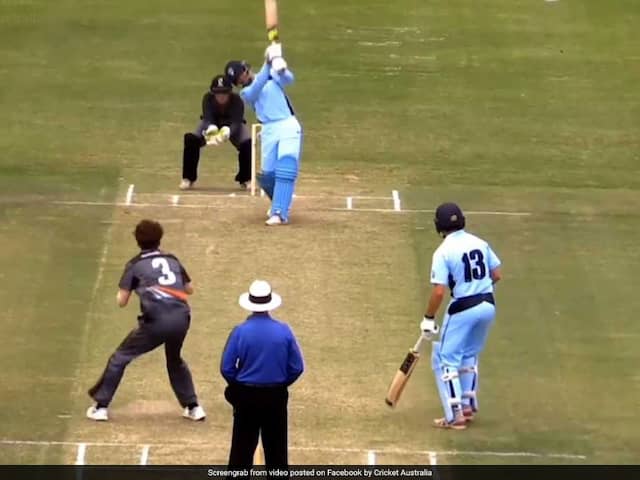 Australian teen sensation Oliver Davies displayed the best of the fireworks in the 40th over.© Facebook

Australia's teenage sensation Oliver Davies scripted history on Monday after he smashed six sixes in an over at the U-19 National Championships in Adelaide. Following the U-19 National Championships, South Australian city Adelaide will host the opening match of the four-Test series between India and Australia, starting on Thursday. Ahead of the big challenge at home, Sydney-based teenager Oliver Davies's remarkable knock at Glandore Oval would add to the confidence of the fifth-ranked Australian Test team.

Leading New South Wales Metro cricket team, Davies hit as many as 17 sixes to score a noteworthy knock of 207 runs off 115 balls against Northern Territory.

The 18-year-old batsman, who occasionally bowls off-spin, completed his century off 74 balls, following which he took just 39 balls to reach his double hundred.

Davies displayed the best of the fireworks in the 40th over when he lifted each ball of an over by off-spinner Jack James across the boundary rope. Thanks to those 36 runs, Davies became the first batsman in the history of U-19 Championships to achieve this rare feat.

"After the first two sixes I had it in the back of my head I wanted to give it a crack and it paid off at the end," Davies said after creating history, as quoted by cricket.com.au.

"I was trying to target (the area) from forward square to cow corner and I was just getting down on the back leg, almost before it was even bowled, and trying to slog sweep them over mid-wicket," the NSW Metro captain added.

Davies later claimed a wicket with his off-spin as NSW Metro won the match by 168 runs. After Adelaide blitzkrieg, Davies revealed that he idolises Test batsman Shaun Marsh, who will be seen in action against India in the series Down Under.