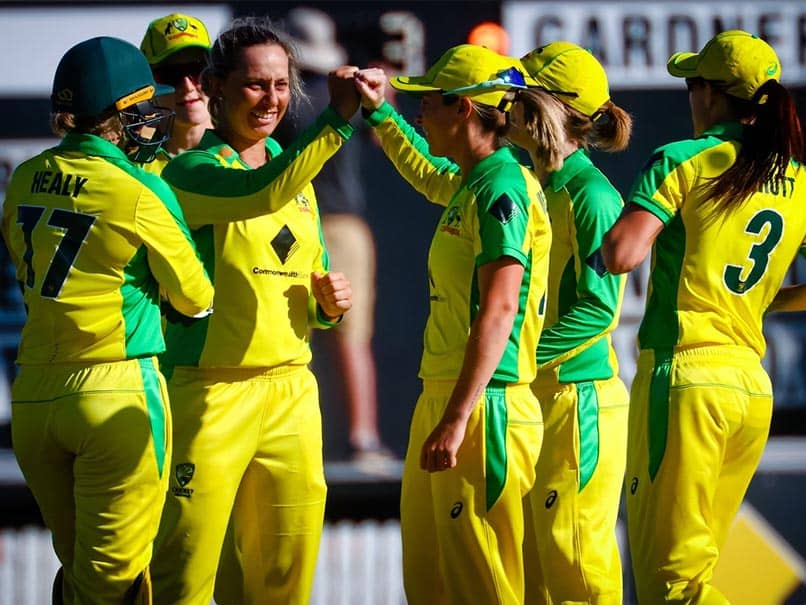 Australia demolished New Zealand by 232 runs in the third women's one-day international to equal the world record of 21 consecutive ODI victories set by Ricky Ponting's all-conquering men's team in 2003. After smashing their way to 325 for five off their 50 overs at Brisbane's Allan Border Field, the Australians then bowled New Zealand out for just 93 to record their biggest ever win against the Kiwis. Australia dominated all aspects of the match from the outset, with Rachael Haynes (96) and Alyssa Healey (87) putting on an opening partnership of 144. Annabel Sutherland (35), Ash Gardner (34) and Beth Mooney (29 not out) chipped in to set the visitors an imposing target.

New Zealand were never in the hunt, particularly after they lost captain Sophie Devine in the first over for a duck.

There was some resistance from Amy Satterthwaite, who smashed 41 from 49 balls, but the rest of the New Zealand line-up folded meekly to hand Australia an easy victory.

Captain Meg Lanning, who was rested from Wednesday's match with a hamstring strain, said equalling the world record was a special achievement.

"It's a really special effort, especially over a long period of time," she said.

"To win 21 on the trot is something to be really proud of, and the way we have swept this series has been something that has given us a lot of pleasure."

The win gave Australia a 5-1 overall series win, with the New Zealanders winning the third T20 international on September 30.

Haynes, who stood in for Lanning as captain on Wednesday, was named player of the series after a string of high scores.

"I thought the Kiwis bowled well to start," she said. "The great thing about this ground is the longer you spend out in the middle, the easier it gets.

"It was great to set a platform from where we could launch at the end."

New Zealand's Devine was bitterly disappointed after the match.

"It's a tough one -- I thought in the second game, we showed we can compete with the best in the world," she said.

"Today we just didn't show up."

New Zealand Women Cricket
Get the latest updates on India vs England Series, India vs England , live score and IPL 2021 Auction . Like us on Facebook or follow us on Twitter for more sports updates. You can also download the NDTV Cricket app for Android or iOS.