Australia Women vs India Women: "Want To Go All Out And Win Series At Any Cost", Says India T20I Captain Harmanpreet Kaur

India women's T20I captain Harmanpreet Kaur vowed to go all out against Australia women's in the three-match series, saying they need to win it at all cost. 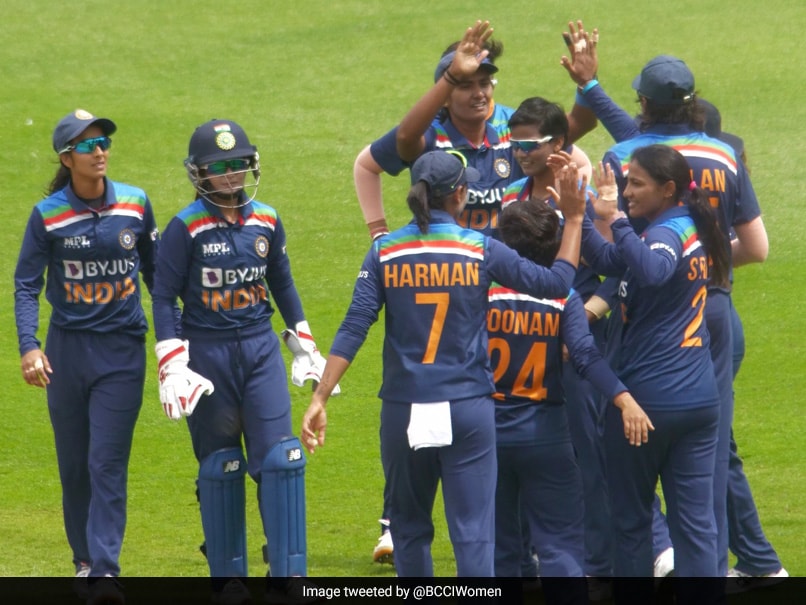 "Want to win series at any cost," said Harmanpreet Kaur ahead of Australia T20Is.© Twitter

Back into the side after missing the ODIs and one-off Test match Down Under, India's T20I captain Harmanpreet Kaur on Wednesday vowed to go all out against Australia in the three-match series, saying they need to win it at all cost. India lost the three-match ODI series 1-2 before drawing the historic pink-ball Test. But Harmanpreet missed both the ODIs and Test due to a thumb injury and having recovered now, she is desperate to draw the curtains on the tour with a rare series win under her belt.

"It is unfortunate that I missed the ODIs and Tests but if I had more days between ODIs and the Test match, I could have recovered and played. But it is past now," Harmanpreet said on the eve of the first T20 International here on Thursday.

"We now just want to go all out and win the series at any cost. These three matches are very important for us."

Harmanpreet said getting an opportunity to play all three formats during a tour is a great sign for women's cricket as a whole.

"Earlier we used to play mostly ODIs and T20s but now we are getting the opportunity to play all the three formats which is good for us. I feel everybody should get equal opportunity," she said.

"Before this series we played against South Africa and England after almost a year but I can say that we are now in great shape. Playing back-to-back cricket helps in improvement of the team in all fields."

Harmanpreet said it was tough for any player to play cricket amid the pandemic while living in bio-secure bubbles.

"We didn't get to play cricket for the last one year and then we got the opportunity. But it was tough to live in bio-bubbles, spending a long time away from friends and family and follow all rules and regulations. But that is how it is," she said.

Australia Women Harmanpreet Kaur Cricket
Get the latest updates on ICC Women's Cricket World Cup 2022 and IPL 2022, check out the Schedule , Live Score and IPL Points Table. Like us on Facebook or follow us on Twitter for more sports updates. You can also download the NDTV Cricket app for Android or iOS.