After Marnus Labuschagne, Steve Smith may have another "clone" in New Zealand debutant Glenn Phillips. 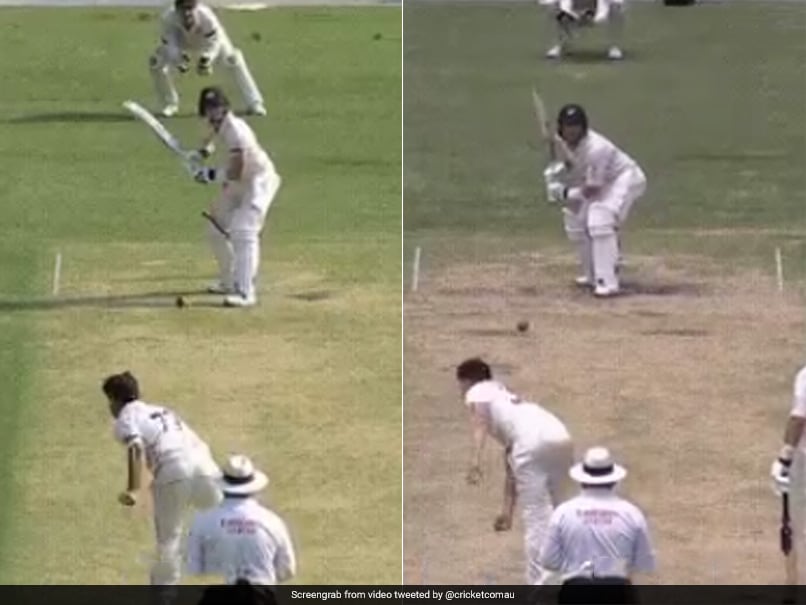 Glenn Phillips' stance and shuffle across the stumps is eerily similar to Steve Smith.© Twitter

Steve Smith has built a reputation for being a prolific run-getter but it's not just his appetite for runs that sets him apart. He has a unique batting style, very different from most batsmen, and a very amusing "leave" as well. After Steve Smith's teammate Marnus Labuschagne, another player has emerged as a "clone" of the Australian batsman. Glenn Phillips, making his debut for New Zealand in the third Test against Australia in Sydney, has drawn comparisons with Smith for his batting stance and the manner in which he shuffles across the stumps before meeting the ball.

Watch the video of the two batsmen's eerie similarity here:

Australia's Marnus Labuschagne had earlier built a reputation of being a carbon-copy of Steve Smith, and not just because he is scoring tons of runs. Labuschagne's batting style and mannerisms - even the way he leaves the ball - are eerily similar to Smith, leading to several comparisons between the two.

Phillips impressed with the bat on his Test debut. After Australia scored a daunting 454 in the first innings, New Zealand were off to a solid start before a quick couple of wickets had them pegged down at 117/3.

Phillips then came in to bat and even as wickets continued to fall around him, the debutant played a solid knock of 52 off 115 deliveries before Pat Cummins castled him.

New Zealand were bowled out for 251 and Australia came in to bat again, making 40 runs without any wickets lost at the end of Day 3.

Steven Smith Glenn Phillips Cricket
Get the latest updates on IPL 2021, check out the IPL 2021 Schedule and Indian Premier League Live Score . Like us on Facebook or follow us on Twitter for more sports updates. You can also download the NDTV Cricket app for Android or iOS.