The leading run-scorer in Test cricket this year, Marnus Labuschagne passed the 1,000 run mark in the five-day format en route to triple figures. 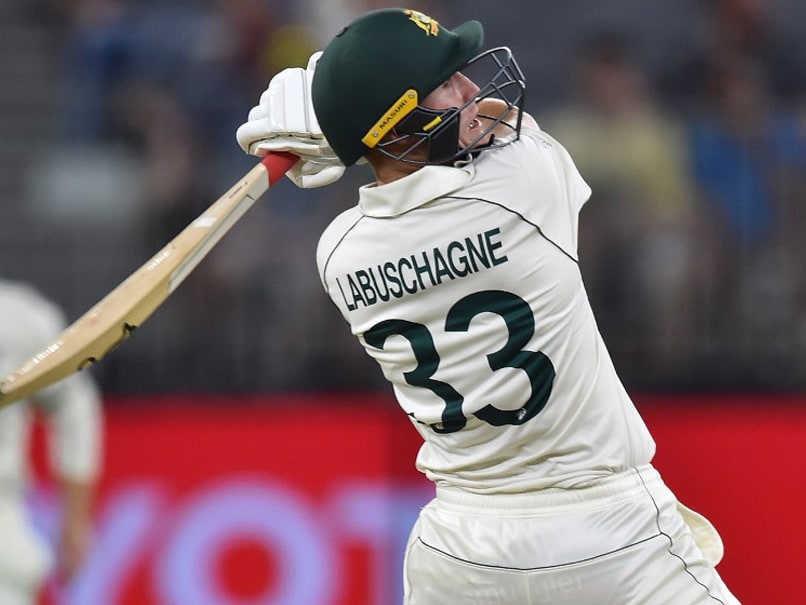 Marnus Labuschagne was the rock of the Australian innings.© AFP

Emerging Australian batsman Marnus Labuschagne on Thursday posted his third successive Test century to frustrate a resilient New Zealand attack on the opening day of the first Test in Perth. After Australia won a potentially pivotal toss in scorching heat and elected to bat in the first ever day-night Test in Perth, the home team was 248 for four at stumps after facing some challenging bowling from the disciplined Kiwi bowlers.

Having toiled without much success in 40C heat, the Kiwis fought back late in the day by removing Steve Smith (43) and Matthew Wade (12).

However, Labuschagne was the rock of the Australian innings and was unbeaten on 110, with Travis Head on 20.

Batting was hard work for most of the Australian top order in the high temperatures, but Labuschagne further added to his rapidly growing status with a chanceless century.

The leading run-scorer in Test cricket this year, the 25-year-old passed the 1,000 run mark in the five-day format en route to triple figures.

Called up from outside the Ashes squad for the Test series in England after Smith was injured, Labuschagne had posted his first two Test centuries in his previous two outings against Pakistan.

He reached this hundred against New Zealand in style, lofting spinner Mitchell Santner straight down the ground for six to move from 95 to 101.

It was just the second six of his Test career and he reached the milestone in 166 balls.

By contrast, star batsman Smith really struggled during his innings against some disciplined bowling, taking 164 balls to make 43 before falling to a leg side trap from the bowling of Neil Wagner (2-52).

Smith and Labuschagne put on 132 for the third wicket, but Wagner peppered the former with short balls and he duly hit another rising delivery to Tim Southee at leg gully.

He had previously been dropped in the slips on 19, denying debutant Lockie Ferguson his first Test wicket after being called up to replace the injured Trent Boult.

Ferguson shortly after left the field with a right calf problem and played no further part in the day.

Earlier, David Warner had looked set to continue his golden summer until a sharp return catch by Wagner removed him for 43.

Warner miscued a full toss back down the pitch and the left-arm quick clutched the catch in his right hand just centimetres off the ground on his follow-through.

After a horror run in the Ashes, the resurrected Warner has made an incredible start to the 2019-2020 season and again looked in imperious form until the Wagner catch.

The left-hander scored 489 runs against Pakistan in two innings in the previous Test series, including his 335 not out in Adelaide, which followed 287 T20 runs for just one dismissal in six matches against Pakistan and Sri Lanka.

New Zealand Cricket Team Marnus Labuschagne Cricket
Get the latest updates on SA vs IND 2021-22, check out the Schedule and Live Score . Like us on Facebook or follow us on Twitter for more sports updates. You can also download the NDTV Cricket app for Android or iOS.