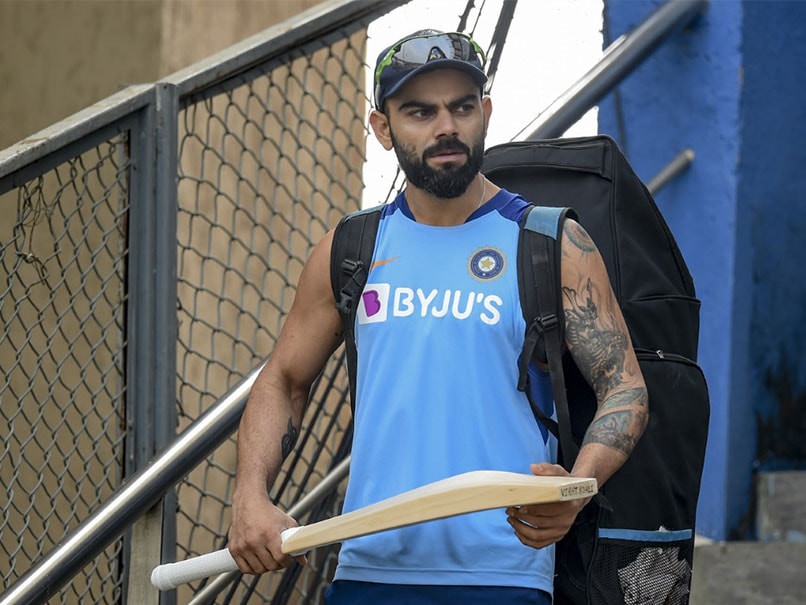 Virat Kohli will lead India in all three formats of the game in the upcoming tour to Australia.© AFP

India skipper Virat Kohlimight skip the last two Tests of the highly-anticipated four-match series against Australiaas he gears up for the birth of his first child in January which could pave the way for an in-form K L Rahul's entry into the middle order. Kohli's actor wife Anushka Sharma is due to give birth to the couple's first child in early January. An official word on the skipper's itinerary is not yet out but a BCCI source told PTI that Kohli can be expected to take paternity leave after the first two Tests of the series starting December 17.

"The BCCI has always believed that family is priority. In case, the skipper decides on availing paternity break, he will then be available only for the first two Test matches," the senior source said on conditions of anonymity.

The BCCI has, over the years, encouraged cricketers to take paternity breaks and it is no different for India's captain and best batsman.

"Look, in normal times, he could have flown back for the birth of his first born, missed a Test and played the final one in Brisbane. However, if the 14-day quarantine is still in place, it will be difficult to go and come back again," the source added.

There is a school of thought that KL Rahul's presence in the Test squad could be doubly beneficial in such a scenario. While Rohit Sharma (expected to be fully fit before the Test series starts), Mayank Agarwal and Prithvi Shaw are there as opening options, Kohli's probable absence might warrant a bit more solidity in the middle-order.

BCCI may send Rohit with Indian team on Nov 11:

Rohit Sharma's presence in the Mumbai Indians playing XI has increased hopes among the BCCI officialdom that the Indian white-ball captain could well board the chartered flight to Australia on November 11 along with the rest of the squad.

"A decision will be taken soon in this regard. It's only fair that Rohit stays with the team and does his strength and conditioning work under physio Nitin Patel and trainer Nick Webb. Let's see how it goes," the source added.

If required, India could rest Rohit for the ODIs, starting November 27, and he can come back during the T20 series. By the time the Test matches start, he could be fully fit for the rigours of five-day cricket.

He was nursing a hamstring strain but declared that it is "absolutely fine" recently.

Rohit Sharma Cricket
Get the latest updates on IND vs NZ 2021, check out the Schedule and Live Score . Like us on Facebook or follow us on Twitter for more sports updates. You can also download the NDTV Cricket app for Android or iOS.