Australia bowler Michael Neser might have suffered a hamstring strain during the Sheffield Shield match but Queensland Cricket is hopeful the pacer will be available for the opening Ashes Test. 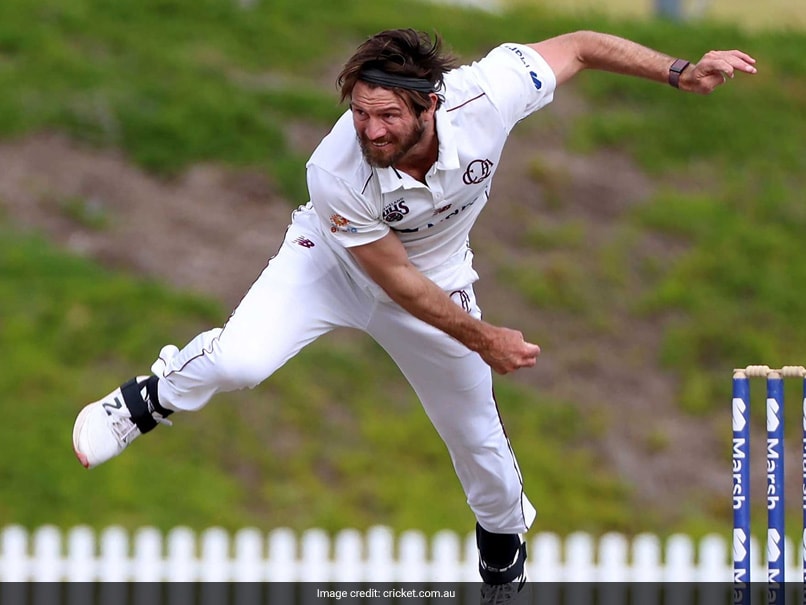 Michael Neser is yet to make his debut for Australia.© Twitter

Australia bowler Michael Neser might have suffered a hamstring strain during the Sheffield Shield match but Queensland Cricket (QC) is hopeful the pacer will be available for the opening Ashes Test. The speedster went for a scan following the strain and the results on Thursday disclosed that Neser has a low-grade strain in his right leg. "He will be assessed in the coming days to arrive at a suitable return to play date," ESPNcricinfo quoted Queensland physio and former Australia Test batter Martin Love as saying.

"At this stage, we are hopeful that, if required, he would be available for selection for the opening Test," he added.

Neser is yet to make his debut in the longest format of the game but has been a regular member of the Australia Test squad since 2018.

Earlier this week, out of favour Australian batter Usman Khawaja said he can bat anywhere in the top-order if he gets selected for the upcoming Ashes.

Khawaja who is leading Queensland in the ongoing Sheffield Shield, registered back-to-back centuries and calls for his inclusion in Australia's squad keep on rising.

England and Australia will face off in the five-match Ashes, beginning December 8 at the Gabba, Brisbane.

England Cricket Team Michael Neser Cricket
Get the latest updates on ICC Women's Cricket World Cup 2022 and IPL 2022, check out the Schedule , Live Score and IPL Points Table. Like us on Facebook or follow us on Twitter for more sports updates. You can also download the NDTV Cricket app for Android or iOS.