"The End Could Have Been Better": Anil Kumble On India Coaching Job

Anil Kumble said that he is happy he played a significant role in his one year as the head coach of the Indian Cricket Team. 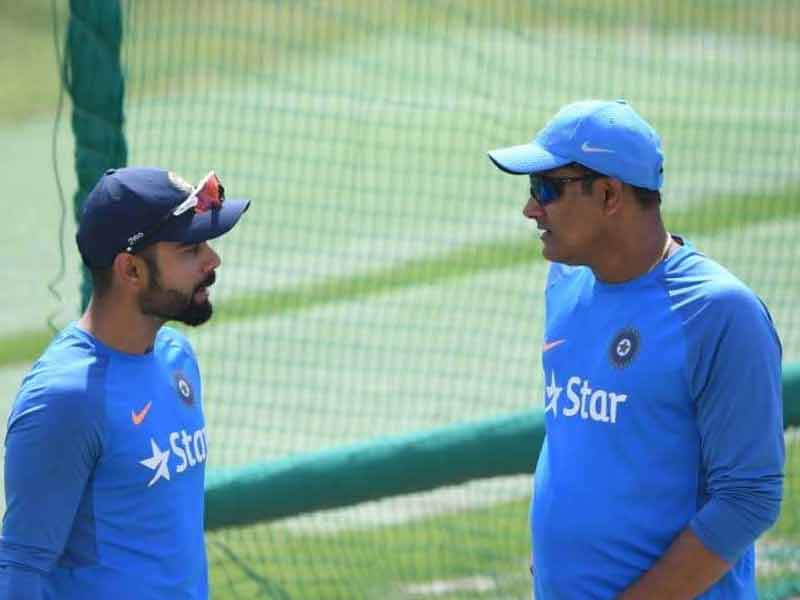 Former India captain Anil Kumble does not regret his time as head coach of the Indian cricket team but says the ending of his tenure could have been better. The 49-year-old stepped down after the Champions Trophy in 2017 following a rift with skipper Virat Kohli. "We did really well in that one year period. I was really happy that there were some contributions made and there are no regrets. I was happy moving on from there as well," the former spinner told ex-Zimbabwean cricketer Pommie Mbangwa in an online session.

"I know the end could have been better but then that's fine. As a coach, you realise, when it's time to move on, it's the coach who needs to move on. I was really happy I played a significant role in that one year," he added.

Kumble had a successful one-year stint as India coach with the team reaching the Champions Trophy final in 2017 and also becoming a dominant Test side, losing just one out of 17 Tests during his tenure.

"I was very happy that I took up that role (India coach). It was great, the one year I spent with the Indian team was really fantastic," said Kumble, who took 619 wickets in 132 Tests and 337 wickets in 271 ODIs for India.

"Having been with great performers and again being a part of the Indian dressing room is a great feeling."

Kumble is currently the head coach of the Kings XI Punjab franchise in the Indian Premier League (IPL).

India Cricket Team Anil Kumble Cricket
Get the latest updates on ICC T20 Worldcup 2022 and CWG 2022 check out the Schedule, Live Score and Medals Tally. Like us on Facebook or follow us on Twitter for more sports updates. You can also download the NDTV Cricket app for Android or iOS.