"It's Unfortunate That Only Few Cricketers Can Contribute": Anil Kumble On Conflict Of Interest

Rahul Dravid received a notice on Tuesday from BCCI's Ethics Officer about allegations of conflict of interest allegations. 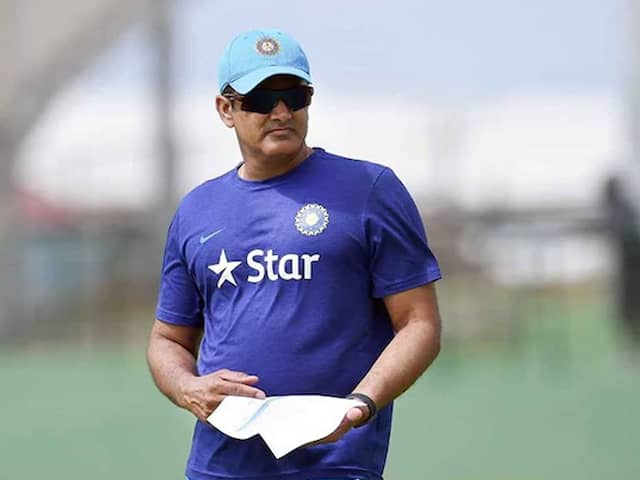 Anil Kumble said that it is unfortunate that only a few cricketers can contribute back to Indian cricket.© AFP

Anil Kumble, the former India head coach has said that majority of the professions have conflicts and it is up to the individual on how he deals with it. Kumble also added that due to "conflict of interest" only 300 cricketers out of which only 50 per cent can contribute to Indian cricket. Kumble's comments came after former India captain Rahul Dravid received a notice from BCCI's Ethics Officer Justice DK Jain over conflict of interest. Notably, Dravid, who was recently appointed as the head of National Cricket Academy (NCA) is also a vice-president with the India Cements group, a company that owns Chennai-based franchise Chennai Super Kings in the Indian Premier League.

Kumble elucidated that it is unfortunate that only a few cricketers can contribute to Indian cricket.

Speaking further on the recent issue that saw Dravid getting a notice from the ethics officer, Kumble elucidated that every profession has conflicts and it is how you deal with it which is very critical.

Sanjay Gupta, who filed the complaint, had earlier filed a conflict of interest charge against former cricketers Sachin Tendulkar and VVS Laxman for their dual roles. Both Tendulkar and Laxman were part of the Cricket Advisory Committee (CAC) and were also the mentors of their respective IPL franchises.