Andre Russell smashed a 14-ball 50 to help Jamaica Tallawahs register the biggest ever win in the history of the Caribbean Premier League. 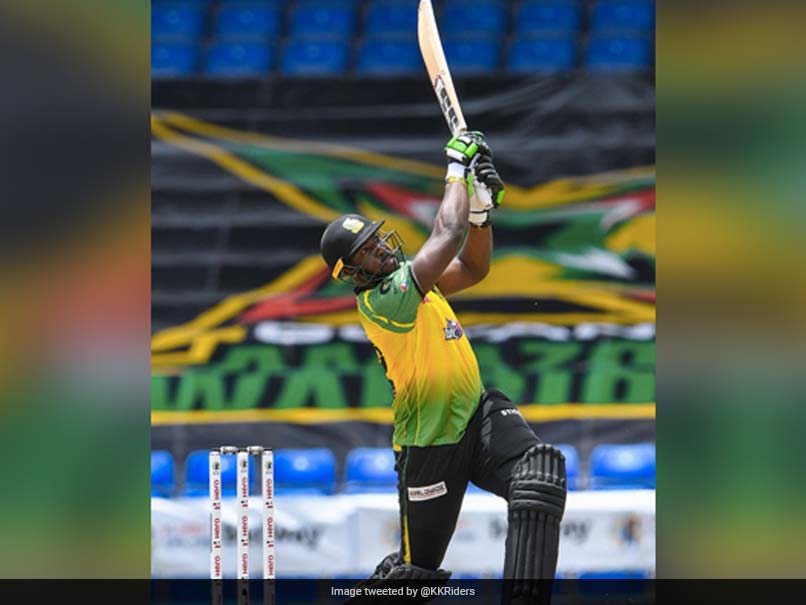 Records tumbled at Warner Park as the Jamaica Tallawahs on Friday destroyed the Saint Lucia Kings by 120 runs to register the biggest win in Caribbean Premier League (CPL) history. The Tallawahs had contributions throughout, but it was Andre Russell who was the most brutal, scoring fifty from just 14 balls, another CPL record. The Kings were given a mammoth target of 256 runs to win the game and they never really found partnerships that would see them get close to the Tallawahs efforts.

The Tallawahs were put in to bat by the Kings and were given a lightning start thanks to Kennar Lewis who smashed 48 runs from just 22 balls in an innings that included five massive sixes.

Lewis was well supported by Chadwick Walton who was measured while his opening partner was scoring freely, but he opened his shoulders soon after Lewis was dismissed by Roston Chase.

The Tallawahs lost Walton for 47 but that did not slow them down with runs coming from Haider Ali and Rovman Powell.

The finishing touches to a fantastic Jamaica batting performance came from Russell who scored at a strike rate of 357.14. The power with which Russell struck the ball was nothing short of remarkable with the Kings bowlers unable to find an answer to his brutal hitting.

When the Kings innings got underway there were some lusty blows from Rahkeem Cornwall but then wickets began to fall regularly.

The Kings lost Cornwall and Faf du Plessis in the first over and by the end of the PowerPlay they were 66/6 and all chances of an improbable win were gone.

It was CPL debutant Migael Pretorius who was the star with the ball for the Tallawahs, returning figures of 4/32.

The only standout batsman was the in-form Tim David who made 56 from 28. He was sadly lacking support as the Kings stumbled to 135 all out.

Andre Russell Cricket
Get the latest updates on ICC T20 Worldcup 2022, check out the Schedule and Live Score. Like us on Facebook or follow us on Twitter for more sports updates. You can also download the NDTV Cricket app for Android or iOS.