Amy Satterthwaite hit an unbeaten 119 and Amelia Kerr made 72 as New Zealand beat England by seven wickets in the third ODI in Dunedin. 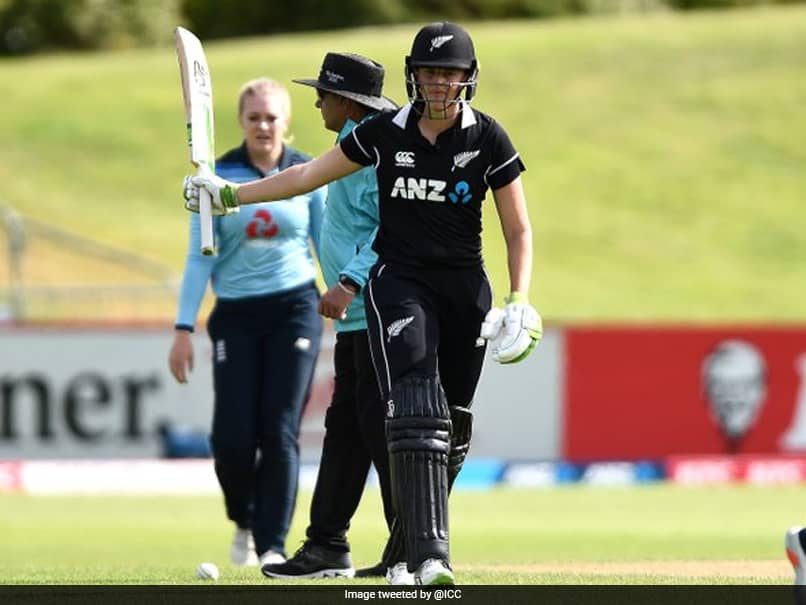 Amy Satterthwaite's stunning century and Amelia Kerr's brilliant fifty powered New Zealand Women to a seven-wicket win over England in the third ODI in Dunedin on Sunday. However, England Women had already won the three-match ODI series as they won the previous two ODIs. Satterthwaite played an unbeaten knock of 119 runs while Kerr scored an unbeaten 72 to help their team chase down the target of 221 runs in the match. Also, with this, the duo scripted the highest fourth-wicket stand for New Zealand in women's ODIs.

Chasing the target, New Zealand witnessed a poor start as Natalie Dodd was dismissed in just the sixth over of the innings. In the seventh over, Hayley Jensen too was sent back to the pavilion, with New Zealand reeling on 15/2.

Sophie Devine also failed to shine as she scored 15 runs before getting out in the 17th over. Satterthwaite was then joined by Kerr on the field. Both played brilliantly and dominated the England bowlers.

During the chase, Satterthwaite reached a new milestone as she completed 4000 ODI runs. With this, she became only the third New Zealand batter to reach the milestone and the 10th overall in women's ODIs.

Satterthwaite and Kerr kept hitting boundaries and took their team over the line in the 47th over.

Earlier, after opting to bat first, England got off to a dismal start with Danielle Wyatt getting out in the second over.

Tammy Beaumont and Heather Knight then played brilliantly and took their team over the 100-run mark, with Knight completing his half-century.

However, soon after her fifty, Knight (60) got out. Although Beaumont kept scoring, she did not receive any help from the other end as England lost wickets at regular intervals.

England were all out in the 48th over but Beaumont's unbeaten 88 guided the team to a respectable total of 220 runs.

New Zealand Women Amy Satterthwaite Cricket
Get the latest updates on IPL 2021, IPL Points Table , IPL Schedule 2021 , live score . Like us on Facebook or follow us on Twitter for more sports updates. You can also download the NDTV Cricket app for Android or iOS.