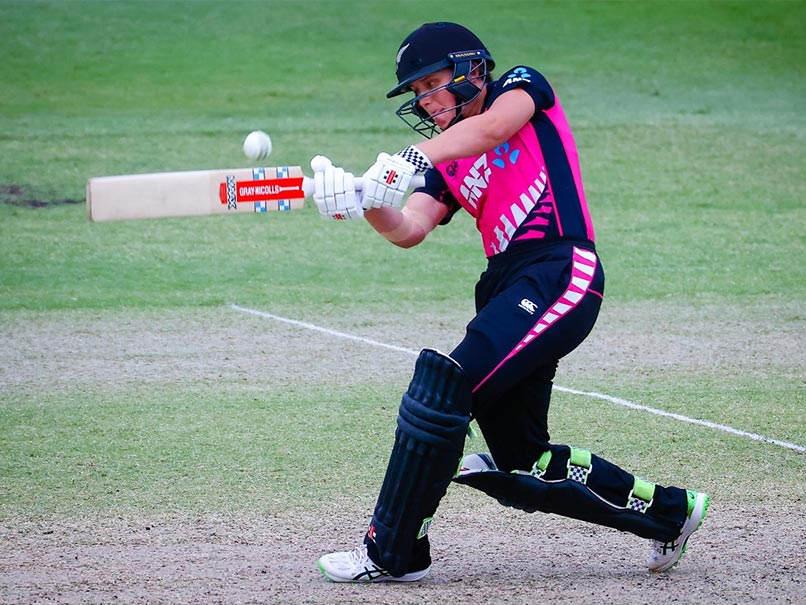 Amelia Kerr displayed an all-round performance as New Zealand defeated Australia by five wickets in the third T20I of the three-match series at the Allan Border Field on Wednesday. Amelia Kerr took two wickets and then she scored unbeaten 18 runs to take the side over the line. Australia had earlier sealed the three-match T20I series after winning the first two games. With this win, New Zealand was able to gain a consolation win and end the series 2-1 in favour of Australia. Both sides will now lock horns in the three-match ODI series. The first match will be played on Saturday, October 3.

Chasing 124, New Zealand openers Maddy Green and Sophie Devine put on 27 runs for the first wicket, but their vigil at the crease was cut short by Delissa Kimmince as she dismissed Green (10) in the fifth over.

Soon after, Devine (25) was sent back to the pavilion by Georgia Wareham in the eighth over. Devine was stumped by Alyssa Healy on the bowling of Wareham. Two balls later, Suzie Bates (3) was run-out by Rachael Haynes, reducing New Zealand to 44/3 after eight overs.

Amy Satterthwaite and Katey Martin then retrieved the innings for the White Ferns as the duo put on 52 runs for the fourth wicket, but with 28 runs away from the target, New Zealand lost the wicket of Martin (23) in the 16th over as she was clean bowled by Wareham.

New Zealand was given another big blow in the 17th over as Satterthwaite (30) was clean bowled by Jess Jonassen, reducing the side to 98/5.

In the end, Hayley Jensen and Amelia Kerr took New Zealand over the line by five wickets with three balls to spare. Kerr and Jensen remained unbeaten on 18 and 10 respectively.

Put in to bat first, Australia got off to a bad start as the side was restricted to 57/4 after the conclusion of ten overs. Beth Mooney (11), Alyssa Healy (8), Rachael Haynes (3), and Meg Lanning (21) lost their wickets cheaply on put New Zealand ahead in the match.

Ashleigh Gardner and Sophie Molineux then put on a brief stand of 27 runs, but their partnership was broken in the 14th over as Gardner (29) was sent back to the pavilion by Hayley Jensen. Soon after, Molineux (18) was dismissed by Maddy Green, reducing Australia to 100/6 in the 17th over.

New Zealand was able to restrict the flow of runs in the death overs and as a result, Australia was unable to go past the 125-run mark.

Australia Women Sophie Devine Cricket
Get the latest updates on SA vs IND 2021-22, check out the Schedule and Live Score . Like us on Facebook or follow us on Twitter for more sports updates. You can also download the NDTV Cricket app for Android or iOS.