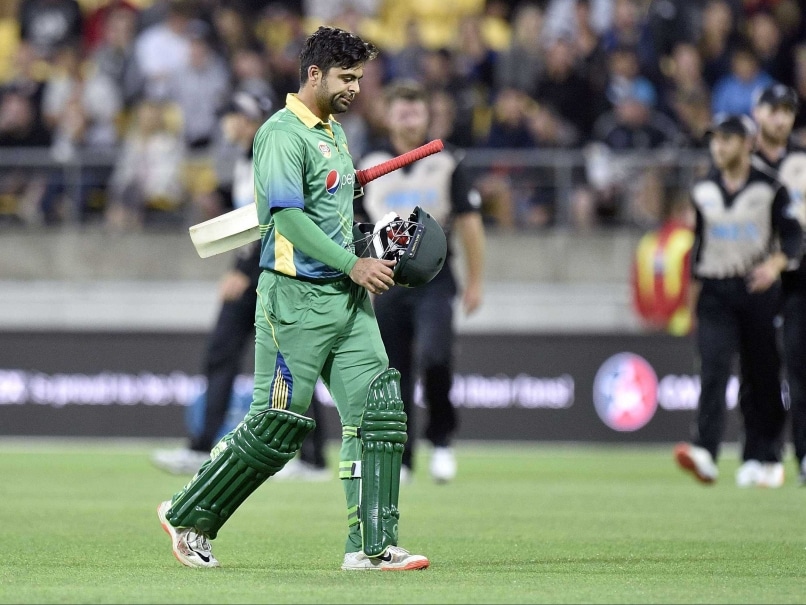 Ahmed Shehzad was dropped for Pakistan team's boot camp held in Kakul before the England tour as well.© AFP

The national selection committee headed byInzamam-ul-Haq is not ready to recall young batsmen Ahmed Shehzad and Umar Akmal for the forthcoming limited overs series in England and have sidelined them from a list of 30 probables.

According to sources close to the selectors, Shehzad and Umar, who were dropped for the tour to England from the outset, do not figure in the selectors' list for the one-day series and T20 international in England.

"The selectors want to give new and young players maximum exposure in T20 cricket and are also considering resting experienced all-rounder Shoaib Malik for the T20 match in England," one source told PTI.

Malik himself announced last year he was limiting himself to just ODI and T20 cricket after scoring a double hundred in a Test against England in UAE.

Pakistan's former Test captain Inzamam-ul-Haq is already in England watching the performance of the national 'A' team in the ongoing tri-series with England Lions and Sri Lanka A.

"The selectors have shortlisted 30 probables and these include mostly young players and there is no room for Shehzad or Umar," the source said.

He said Inzamam had been very impressed with the performance of some of the youngsters playing for the 'A' side in England. Soon after taking over as chief selector after the national team's debacle in the Asia Cup T20 and World Cup T20 this year, Inzamam had announced a policy that only players under the age of 30 would be considered for the 'A' side for the England tour. While opener Shehzad had been cooling his heels in Pakistan, Umar Akmal has been busy playing in English national T20 league and now in the Caribbean Premier League.

Both the experienced batsmen remain hopeful of a recall for the limited overs series after the new selectors had sidelined them from the boot camp held in Kakul for the England tour on disciplinary grounds.

The selectors have kept left-arm pacers Muhammad Irfan and Sohail Tanvir for the limited over series after both were ignored for the Test series. Leg-spinner Yasir Shah has also been included in the shortlist of 30 probables which also includes Sharjeel Khan, Khurrum Manzoor, Khalid Latif, Emad Wasim, Zafar Gohar and youngsters Saud Shakeel, Shadab Khan, Hasan Ali, Muhammad Asghar.

Comments
Topics mentioned in this article
Ahmed Shehzad Umar Akmal Shoaib Malik Inzamam-ul-Haq Pakistan Cricket Team England Cricket Team Cricket
Get the latest updates on ICC Women's Cricket World Cup 2022 and IPL 2022, check out the Schedule , Live Score and IPL Points Table. Like us on Facebook or follow us on Twitter for more sports updates. You can also download the NDTV Cricket app for Android or iOS.