After Praise From Virat Kohli, A Response From Mohammad Amir

Kohli has praised Amir earlier too and had last year gifted the 25-year-old pacer a bat before the India-Pakistan contest in the World T20 in 2016. 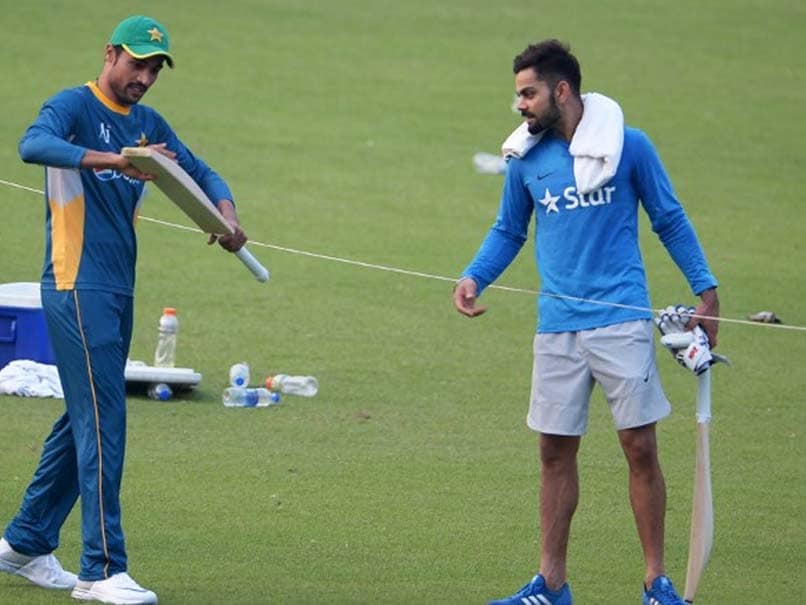 Virat Kohli and Mohammad Amir often speak very highly of each other.© AFP

Indian skipper Virat Kohli recently described Mohammad Amir as the toughest bowler he has faced in international cricket. Kohli made the revelation during a chat show that also featured Bollywood actor Aamir Khan. "In recent times, Mohammad Amir of Pakistan.. He is in the top two or three bowlers in the world and one of the toughest bowlers I have played in my career. You have to be on your A game when you're facing him or he will strike. Outstanding! Very good bowler!" the 28-year-old said.

Responding to Kohli's latest remarks, the Pakistani pacer said he was floored with the India captain's assessment of his bowling.

"The world knows Kohli is the best. You have to give your best against him. If you give him a chance he takes away the game, like he did in the Dhaka Asia Cup game," Amir told Wisden India.

"So I have to focus and do my best to target him. He has the best strike rate and average while chasing so he is also the biggest challenge for bowlers around the world.

"You become a better bowler when you bowl well against a batsman like Kohli.

"It is a great gesture on his part to praise someone and I am floored at his praise of my bowling. The way he presented me with the bat in Kolkata is an ever green memory for me."

Kohli has praised Amir earlier too and had last year gifted the 25-year-old pacer a bat before the India-Pakistan contest in the World T20 in 2016.

"I am very happy to see Amir back in action. He understood his mistake and has corrected himself and came back. He has always been an outstanding bowler," Virat had said ahead of the Asia Cup last year.

Amir, along with Salman Butt, the then Pakistan captain and Mohammad Asif, the team's senior paceman, were caught in a spot-fixing scandal in 2010. The three players served bans of varying degree. Amir made a return to international cricket after serving a five-year ban.

Comments
Topics mentioned in this article
India Cricket Team Pakistan Cricket Team Virat Kohli Mohammad Amir Cricket
Get the latest updates on India vs Australia Series, check out the India vs Australia Schedule for 2020-21 and Ind vs Aus live score . Like us on Facebook or follow us on Twitter for more sports updates. You can also download the NDTV Cricket app for Android or iOS.