Women could still be allowed to play cricket, the chairman of Afghanistan's Cricket Board has claimed to an Australian broadcaster in an apparent backflip on the Taliban's hardline stance. 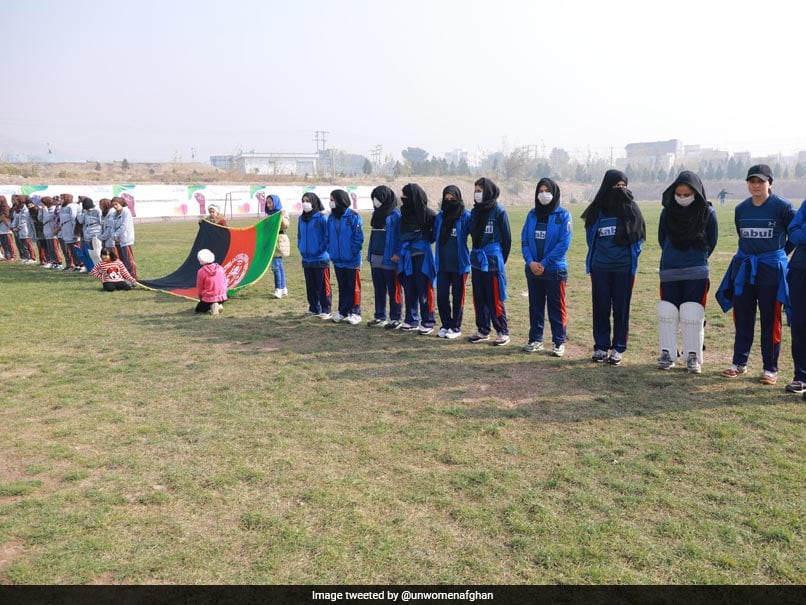 The Afghanistan Cricket Board signalled that women could still be allowed to play cricket.© Twitter

Women could still be allowed to play cricket, the chairman of Afghanistan's Cricket Board has claimed to an Australian broadcaster in an apparent backflip on the Taliban's hardline stance. Azizullah Fazli said the governing body would outline how this would happen "very soon", adding that all 25 of the women's team remained in Afghanistan and had chosen not to leave on evacuation flights. "We will give you our clear position on how we will allow women to play cricket," he told SBS Radio Pashto late Friday, the broadcaster reported on its English-language website. "Very soon, we will give you good news on how we will proceed," he added.

His comments appear to contradict the deputy head of the Taliban's cultural commission Ahmadullah Wasiq, who told the same broadcaster on Wednesday that it was "not necessary" for women to play sport.

Those remarks saw Australia threaten to cancel a historic maiden men's Test between the two countries, set to take place in Hobart in November.

Australian Test captain Tim Paine turned up the heat on Friday, saying he believed teams could pull out of next month's Twenty20 World Cup in protest, or boycott playing Afghanistan.

In an overnight statement, the Afghanistan Cricket Board urged Australia not to punish its men's team over the Taliban's apparent ban, saying it was "powerless to change the culture and religious environment of Afghanistan".

"Do not isolate us and avoid penalising us," it added.

Cricket Australia said in brief comments Saturday that it remained in regular dialogue with the Afghanistan Cricket Board and that "we made our position very clear in the statement".

It was referring to a statement Thursday in which it supported "the game unequivocally for women at every level", adding that it would have "no alternative" but to cancel the Hobart Test if the Taliban banned women.

Under International Cricket Council regulations, nations with Test status must also have an active women's team.

Afghanistan's position as a full member was set to be discussed at the ICC's next board meeting in November, but Australian media said the governing body had brought it forward to within the next fortnight.

Despite recent reports that many of the women's team were in hiding in Kabul and that members of the Taliban had come looking for them, Fazli insisted they were safe.

"The women cricket coach Diana Barakzai and her players are all safe and living in their home country," he told SBS.

"Many countries have asked them to leave Afghanistan, but they have not left Afghanistan, and at the moment, they are in their places," he said.