Jonty Rhodes said that it won't be an easy call to make but the team should pick AB de Villiers if that increases their chances of winning the T20 World Cup later this year. 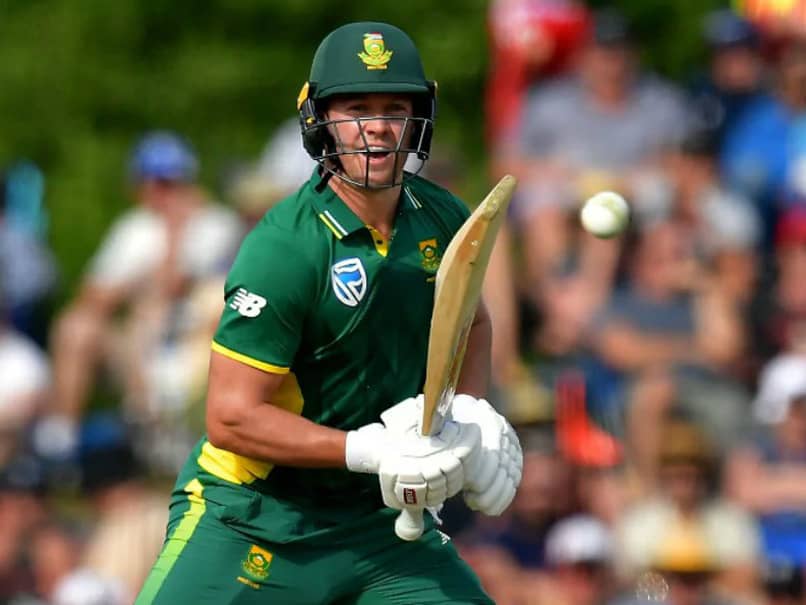 AB De Villiers has said that he would be happy to come out of international retirement.© AFP

Former South Africa cricketer Jhonty Rhodes has said that while the team should pick AB de Villiers if that increases Proteas' chances of winning the upcoming T20 World Cup, it won't be an easy call to make. AB De Villiers has said that he would be happy to come out of international retirement at the T20 World Cup, which is slated to be held in Australia from October 18 to November 15 this year. South Africa coach Mark Boucher later said that de Villiers should make a decision by the end of the upcoming season of the Indian Premier League (IPL).

Rhodes said that while he is excited by the possibility of de Villiers returning, it might leave some of the current players unhappy as it could mean benching a player who is currently a frontrunner to make it to the World T20 squad.

"I think it's interesting because it's a tough call," Rhodes told ESPNcricinfo.

"You want your best team to play... It's also tough on the guys who then miss out. You know AB is a very special player, so do you set a precedent for a guy like AB de Villiers if he is not playing for South Africa... I mean why are you selecting him?

"I suppose a lot of people will watch how he performs in the IPL, but just watching him in the Big Bash League, he's such a class player; I'm a big fan of AB de Villiers. But I'm just not sure of the precedent. If you want to win a T20 World Cup, you should do anything to win it. You're not breaking any rules, you are setting a slight precedent and you are going to be upsetting a few players who are going to miss out.

"It's difficult to say because I'm not somebody who is missing out, I'm also not from the administration to set this kind of a precedent... I don't have to make that call. But it'll be great to see AB de Villiers play at a World Cup again for us," Rhodes said.

AB de Villiers Jonty Rhodes Cricket
Get the latest updates on IPL 2021, IPL Points Table , IPL Schedule 2021 , live score . Like us on Facebook or follow us on Twitter for more sports updates. You can also download the NDTV Cricket app for Android or iOS.