2nd one-dayer: New Zealand A must do the running against India 'A'

New Zealand A got a glimpse of what to expect during India A's dominating six-wicket win on Sunday. Although marked by all-round effort, the two men who stood out were Robin Uthappa and Unmukt Chand, the openers who put together 178 to help chase down the target of 258 with nearly six overs to spare. 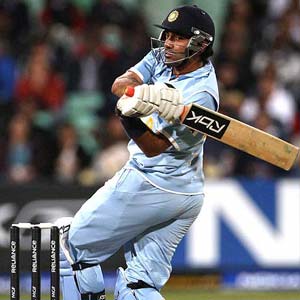 With Sunday's first one-dayer out of the way and two more scheduled over the next three days, India A and New Zealand A preferred prudence to enthusiasm on Monday (September 9), recuperating with pool sessions and warm-down exercises at their hotel ahead of the second match at the ACA-VDCA Stadium on Tuesday.

Leading into the limited-overs leg, the challenge facing the India A management was getting the squad match ready, what with several of their 10 inductees into the one-day squad playing competitive cricket for the first time in more than two months.

New Zealand A got a glimpse of what to expect during India A's dominating six-wicket win on Sunday. Although marked by all-round effort, the two men who stood out were Robin Uthappa and Unmukt Chand, the openers who put together 178 to help chase down the target of 258 with nearly six overs to spare.

On a pitch that offered the bowlers very little assistance, New Zealand A clearly missed the experience of Mark Gillespie and Doug Bracewell, rested after bowling long spells in sapping humidity during the two first-class matches. If Gillespie and Bracewell do return for the next game, New Zealand will have greater depth and options.

Adam Milne looked sharp and impressive but none of the other bowlers was allowed to settle in. The Indians took a liking to Ish Sodhi, the leg-spinner who was earlier in the week called up to the Test squad to play in Bangladesh. Sodhi struggled to find his rhythm and gifted the batsmen a number of juicy full tosses and long hops that were duly put away.

But it isn't just the bowling that will occupy New Zealand minds. Opting to bat, four of the top five batsmen got off to starts, but no one managed more than 48. The manner in which the batsmen were dismissed wouldn't have gone down too well with the coaching staff. A number of dismissals were the result of injudicious shot-selection, particularly against the spinners, raising doubts about their temperament.

Balance-wise, India A look formidable. The openers had a major say in the outcome of the first match and although they lost three quick wickets towards the end, Sanjay Bangar, the coach, remained satisfied with the intensity displayed. The one area he hoped the team would improve in is the fielding. The outfielding looked patchy, though the catching was largely impressive barring one dropped chance by Aditya Tare, the wicketkeeper.

Bangar also spoke of maintaining continuity and giving the batsmen another chance. However, the bowling attack could see a reshuffle with Shrikant Wagh possibly making way for Basant Mohanty, the Odisha pacer. Wagh failed to impress in the four-day game as well as the first one-dayer, where he conceded 56 off 7 overs.