1st Unofficial Test: Shubman Gill Hits Fifty But India A Fold For 216 vs New Zealand A On Day 1

Shubman Gill's run-a-ball 83 was the only high point for India A as New Zealand A grabbed the opening day honours in their first unofficial Test on Thursday. 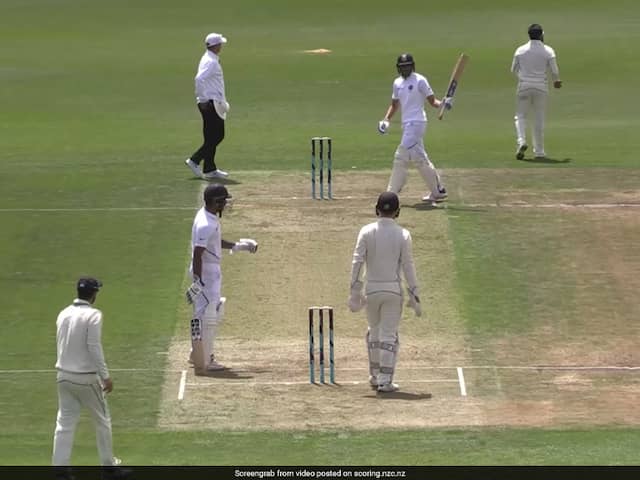 Shubman Gill and Hanuma Vihari put on 119 runs for the fourth wicket.© Screengrab from video posted on scoring.nzc.nz

Shubman Gill's run-a-ball 83 was the only high point for India A as New Zealand A grabbed the opening day honours in their first unofficial Test on Thursday. India A were all out for 216 in their first innings and New Zealand A responded strongly, reaching 105 for two at the close of play and reducing the deficit to 111 runs with plenty of wickets in hand. Sent in to bat after the coin landed in favour of home team captain Hamish Rutherford, India A soon found themselves in a spot of bother at 34 for three in the 17th over at the Hagley Oval.

The 20-year-old Gill, seen as one with a bright future, found an able ally in skipper Hanuma Vihari (51), and the duo added 119 runs for the fourth wicket to steady the ship.

Gill played fluently during his stay in the middle, relaxed in the knowledge that he had an experienced partner at the other hand, facing the home attack with a workmanlike approach.

Having recovered from the early blows that also included the big wicket of opener Mayank Agarwal, the visitors looked on course with both Gill and Vihari in good nick.

However, off-spinner Cole McConchie (3/33), who was the second most successful home bowler behind medium pacer Michael Rae (4/54), dismissed Vihari in a bizarre manner after the batsman had done all the hard work.

After Vihari played a sweep shot directly into the shin of Rachin Ravindra at silly mid-on, the ball flew towards the wicketkeeper and Dane Cleaver calmly pouched it.

Vihari's knock was a 79-ball effort was studded with eight hits to the fence.

Stumper Kona Bharat seemed to be settling in nicely when the visitors lost the big wicket of Gill off Rae's bowling.

From 183 for five, it did not take the New Zealand A attack to warp up the India A innings.

The home team lost skipper Rutherford for 28 but his opening partner Will Young (26) was there in the middle when stumps were pulled out.

Ravindra made 47 off 67 balls with the help of seven boundaries.

New Zealand Cricket Team Shubman Gill Hanuma Vihari Cricket
Get the latest updates on IPL 2020, check out the IPL Schedule for 2020 and Indian Premier League (IPL) Cricket live score . Like us on Facebook or follow us on Twitter for more sports updates. You can also download the NDTV Cricket app for Android or iOS.