With five fours and six sixes off 70 balls, Kieron Pollard added a critical 145 off 132 deliveries with fellow Trinidadian Denesh Ramdin after West Indies had slumped to 34-5 in reply to Bangladesh's 217/9. 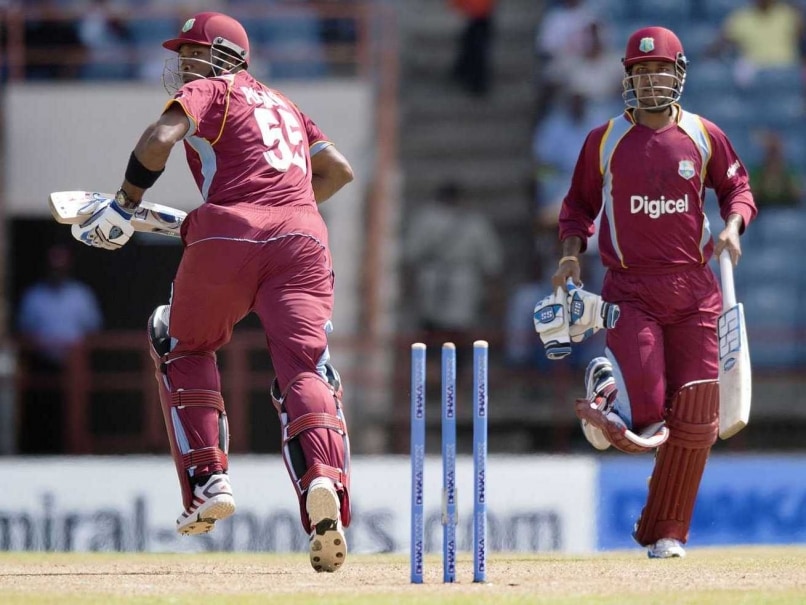 All-rounder Kieron Pollard hit 89 and Denesh Ramdin chipped in with 74 as the West Indies overcame a disastrous start to beat Bangladesh by three wickets in their opening one-day international at the National Stadium on Wednesday. (Scorecard)

With five fours and six sixes off 70 balls, Pollard added a critical 145 off 132 deliveries with fellow Trinidadian Ramdin after the hosts had slumped to 34-5.

Al-Amin Hossain took 4-51 from 8.4 overs for Bangladesh, whose 21-year-old opener Anamul Haque hammered 109 off 138 balls after being sent in by the hosts.

In only his 20th match, Anamul hit 11 fours and one six in his third century at this level. He shared an opening stand of 41 with Tamim Iqbal, who contributed 26, and a sixth wicket partnership of 53 with Nasir Hossain, who also supported with 26.

However, the Bangladesh innings never got the momentum needed and the final total was well short of par.

Captain Dwayne Bravo took 4-32 with his medium pace for the West Indies.

The hosts' reply stuttered badly early on as Al-Amin, with support from fellow seamer Mashrafe Mortaza and off-spinner Mahmudullah, reduced them to 34-5 after 13.1 overs.

Chris Gayle (3) sliced to third man off Mortaza while Al-Amin picked up Darren Bravo (7) and Lendl Simmons (0) from outside edges to the wicketkeeper. In between, Kirk Edwards was bowled by Mahmudullah as he missed a sweep.

When Dwayne Bravo clipped to deep square leg for Al-Amin's third scalp, Bangladesh looked to have taken control of the match - only for Ramdin and Pollard to share a record sixth wicket stand.

Ramdin was busy throughout while Pollard used his straight hitting to good effect.

Their association of was the best sixth wicket partnership for the West Indies against Bangladesh and the best for the wicket at this venue.

Bangladesh sensed a way back when Pollard and Ramdin were dismissed shortly after a rain delay of half an hour. Ramdin bottom-edged Shag Gazi onto his stumps while Pollard holed out off Al-Amin with Mahmudullah holding a fantastic running catch.

But Jason Holder hit 22 not out off 15 balls to see his side home.

Comments
Topics mentioned in this article
West Indies Cricket Team Bangladesh Cricket Team Kieron Pollard Denesh Ramdin Anamul Haque Al-Amin Hossain Dwayne Bravo Cricket
Get the latest updates on IPL Auction 2023 and check out  IPL 2023 and Live Cricket Score. Like us on Facebook or follow us on Twitter for more sports updates. You can also download the NDTV Cricket app for Android or iOS.