The ministry is yet to clear the final Indian contingent sent by the IOA and it is expected to take another couple of days. 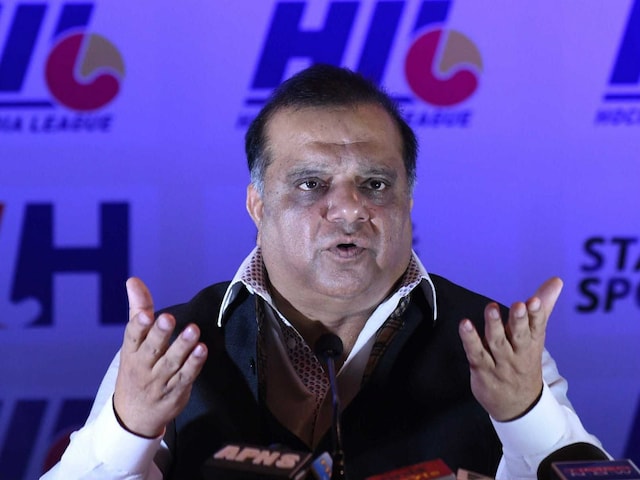 The IOA had sent the ministry a list of 222 athletes, 74 support staff and 21 extra officials© AFP

Indian Olympic Association President Narinder Batra today slammed the Sports Ministry for raising "unnecessary issues" about the family members of Commonwealth Games-bound athletes travelling with them, asking it to apply the same standards of probity for its own bureaucrats. Tension has been simmering between the IOA and the Sports Ministry for some time, especially after the government's ambitious Khelo India School Games held here last month. Batra chose the occasion of the India contingent's sending-off ceremony for the Apri 4 to 15 Games in Gold Coast to vent his displeasure.

"I don't know why the sports ministry is raising these unnecessary issues. We called these as extra officials but in fact these are not extra officials. These days in every sport you don't need only the coaches but you need managers, doctors, physios and masseurs. They contribute to the good performance of the players," said Batra at the media conference after the send-off ceremony.

The IOA had sent the ministry a list of 222 athletes, 74 support staff and 21 extra officials, who Batra claimed, will accompany the contingent at the expense of their respective National Sports Federations.

Besides, the IOA had sent a list of 11 overall contingent staff, including the Chef-de-Mission, three General Managers, two doctors and two physiotherapists.

It is learnt that the ministry is willing to clear only one doctor and one physiotherapist out of those recommended by the IOA as overall contingent staff.

The ministry is yet to clear the final Indian contingent sent by the IOA and it is expected to take another couple of days.

The bone of contention is the 21 extra officials included in the list sent by the IOA. The Sports Ministry, it is learnt, has decided to put a stop to officials "fun rides" and stick to the rule of keeping the size of officials' contingent to one-third of the athletes' count, except in special cases.

He gave the example of hockey for which six officials -- three each for men's and women's teams -- will go at Hockey India's expense. He said the ministry should learn from the L Sarita Devi incident during the 2014 Asian Games where the boxer did not have any manager to fall back on after getting a raw deal in her semifinal loss.

Batra said if the ministry was so concerned about the number of officials recommended by the IOA, it should also look into the practice of government officials travelling to CWG, Asian Games and Olympics at taxpayers' expense.

"Every multi-sporting event, officials from the Sports Ministry and Sports Authority of India will go at government's expense. It is taxpayers money and I don't think their presence at these multi-sporting events enhance the performance of the athletes. So, the media should also question this practice," said the IOA chief who was elected in December last year.

Batra acknowledged that though the IOA was the body through which the Indian athletes take part in multi-sport events, the clearance of the government was also needed.

"IOA is an autonomous body under the IOC and Indian athletes take part only through the IOA. But at the same time the government will have to clear these athletes to be able to able to take part in these Games," Batra said.

"The national federations are also autonomous bodies and the IOA has no authority to say no to them when they say they want officials to be sent at their cost," he added.

Athletes, who were present at the send-off ceremony were mostly from shooting, wrestling, cycling and hockey.

The Indian contingent leaves for Australia on Friday.

Comments
Topics mentioned in this article
Commonwealth Games 2018 Other Sports Rajyavardhan Singh Rathore
Get the latest updates on IPL 2020, check out the IPL Schedule for 2020 and Indian Premier League (IPL) Cricket live score . Like us on Facebook or follow us on Twitter for more sports updates. You can also download the NDTV Cricket app for Android or iOS.