The IOA has mentioned the regulations which don't allow extra officials lodging in the Games Village. 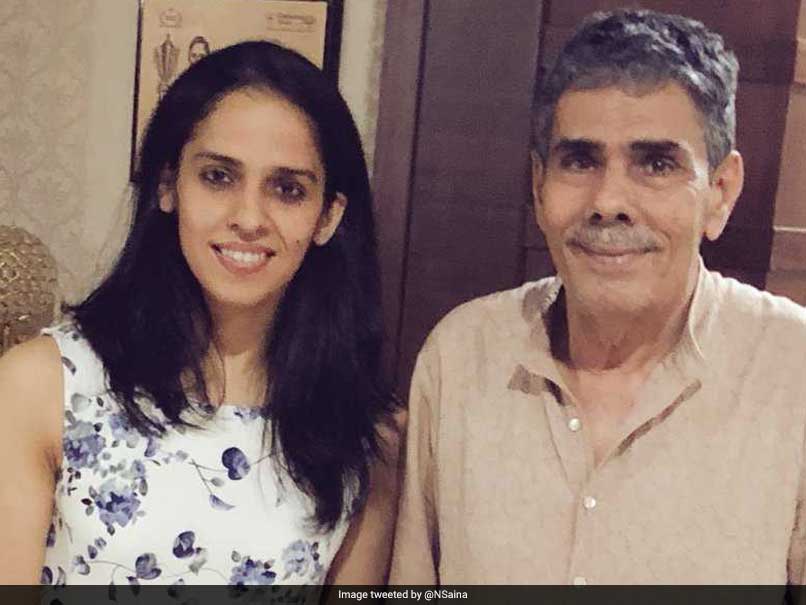 Saina Nehwal vented her anger after her father's name was cut from the team's officials list.© Twitter

The Indian Olympic Association (IOA) on Tuesday brushed off Saina Nehwal's complaint over her father Harvir Singh Nehwal's stay in the Commonwealth Games Village (CGV). The IOA informed that Saina' father's name is in the list of the accredited extra-officials but the payment for accreditation does not include a bed at the CGV. The IOA tweeted a long reply to Sainaand said," "Dear @NSaina , Mr. Harvir Singh is an accredited Extra Official! As stated in the CDM Manual of Gold Coast 2018 CWG and repeatedly conveyed to BAI, the payment for accreditation of Extra Official does not include bed in the Games Village."

Dear @NSaina , Mr. Harvir Singh is an accredited Extra Official! As stated in the CDM Manual of Gold Coast 2018 CWG and repeatedly conveyed to BAI, the payment for accreditation of Extra Official does not include bed in the Games Village. pic.twitter.com/cuafVeKxwr

Along with the tweet, the IOA also attached a picture of an official document which stated "the ETO service charge for an extra Team Official... does not include a travel grant or bed in the CGV."

Earlier, Olympic medallist Saina vented her anger in a series of tweets, claiming that her father Harvir's name was removed from the Indian team officials' list for the 2018 Commonwealth Games. The Sports Ministry had earlier cleared the names of Saina's father and PV Sindhu's mother to travel with the Indian contingent at no cost to the government. However, the Indian badminton star tweeted that after the reaching the Games village, she found out that her father's name was cut off from the list.

Am sure as a member of the @olympics Athletes committee you are well aware of accreditation protocols. Wishing you all the best for the CWG.

Talking to ANI, Vikram Singh Sisodia, Chef-de-Mission for CWG, informed that they are looking into the matter.

According to sources, Sports Minister Rajyavardhan Singh Rathore is in constant touch with Saina to sort things out in Gold Coast.

"The IOA is in conversation with the game organisers to work it out. The beds can be shared also, so who do they get him (Saina's father) to share the bed with, they are working it out," a source said.

The Gold Coast Commonwealth Games are slated to begin from April 4, with the opening ceremony scheduled to start at 1525 hrs IST.

Comments
Topics mentioned in this article
Saina Nehwal Badminton CWG 2018
Get the latest updates on T20 World Cup, check out the T20 World Cup Schedule and Live Score . Like us on Facebook or follow us on Twitter for more sports updates. You can also download the NDTV Cricket app for Android or iOS.