A dominant Sushil registered a 10-0 win over South Africa's Johannes Botha in the Men's Freestyle 74 kg final at the Carrara Sports Arena 1. 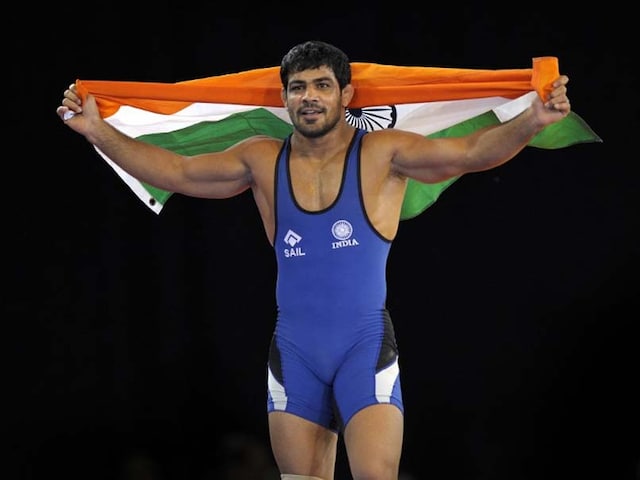 The two-time Olympic medallist entered the CWG final for the third consecutive time and won in style.

He had won gold in the now disbanded 66kg category at the 2010 edition in New Delhi before winning the 74kg title at the 2014 CWG in Glasgow, Scotland.

Sushil is the only Indian sportsperson with two Olympic medals to his name. He won bronze in the 2008 Beijing Olympics becoming the first Indian to win a wrestling medal at the Olympics since 1952. Four years on, he improved on his position after winning silver in the 2012 London Olympics.

The 2010 World Championship Gold medallist has won five gold and one bronze medals at Commonwealth Championships.

Comments
Topics mentioned in this article
Sushil Kumar Wrestling CWG 2018 India
Get the latest Cricket news, check out the India cricket schedule, Cricket live score . Like us on Facebook or follow us on Twitter for more sports updates. You can also download the NDTV Cricket app for Android or iOS.