The Athletics Federation of India has formed a panel to investigate the matter and promised to take severe action against the two if found guilty after the investigation. 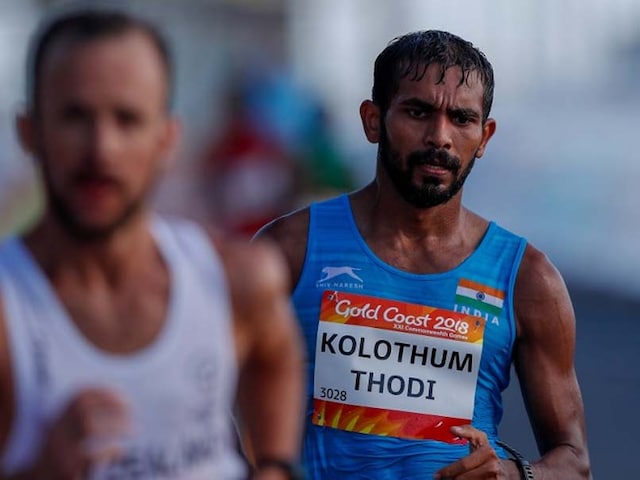 The Commonwealth Games Federation said on Saturday India has till now not appealed against the sending back of its two athletes from the ongoing Games in Gold Coast for violating the 'No Needle Policy'. Addressing the media in his daily briefing, CGF Chief executive David Grevemberg said the suspension of race walker K T irfan and triple jumper V Rakesh Babu has not been challenged till now despite the Indian contingent's claims of pushing for an appeal. "I have not received an appeal, and such an appeal would go through the Court of Arbitration, Court of Sport. Regardless of the needle, there is a no needle policy. There is a clear policy, there was a breach of that policy and this isn't an isolated case (involving India), as we all know," Grevemberg said when asked about further developments in the matter.

A source in the Indian contingent added the country has indeed not yet appealed and is weighing its legal options before taking such a step.

"The recommendation is for an appeal but we have to seek proper legal opinion before going ahead with it. It can't be rushed otherwise it will fall apart," an official told PTI.

Irfan and Babu were sent home last night after their explanation for having syringe in their room was declared "evasive and unreliable" by the CGF court.

The Athletics Federation of India has formed a panel to investigate the matter and promised to take severe action against the two if found guilty after the investigation.

Irfan and Babu's CWG campaign had ended before they were asked to leave the Games. While Irfan had finished 13th in the 20km race walk, Babu had injured his knee during the triple jump qualifiers to be ruled out of the finals.

Comments
Topics mentioned in this article
Athletics CWG 2018 India
Get the latest Cricket news, check out the India cricket schedule, Cricket live score . Like us on Facebook or follow us on Twitter for more sports updates. You can also download the NDTV Cricket app for Android or iOS.